Advertisement
The Newspaper for the Future of Miami
Connect with us:
Front Page » Profile » Mark Trowbridge: Improving the climate for business in Coral Gables

Mark Trowbridge: Improving the climate for business in Coral Gables 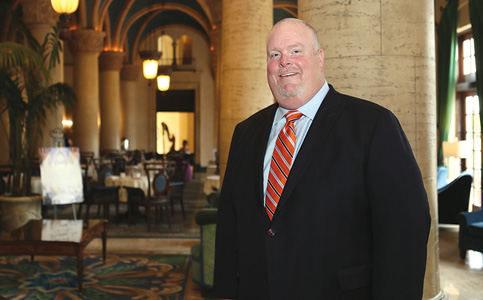 As president and CEO of the Coral Gables Chamber of Commerce, Mark Trowbridge works closely with the organization’s board of directors and volunteer corps in setting the group’s agenda and the activities and goals of its members while improving the business climate of the city and greater South Florida.

Mr. Trowbridge became the chamber’s chief executive in 2006 after working as the deputy executive director for the Miami Parking Authority and director of development and training for Switchboard Miami.

Under his leadership, the chamber has grown from 900 to more than 1,600 members whose prosperity, like the city itself, has flourished.

“We have plans to deepen and strengthen relationships with our members, and we are absolutely poised to continue to grow; it’s one of the initiatives in our new strategic plan,” he said. “If you look at just Coral Gables, we probably have close to 7,000 businesses. We haven’t touched the entire cadre of those folks.”

Mr. Trowbridge sat down with Miami Today reporter Jesse Scheckner in the lobby of the Miami Biltmore Hotel, whose builder, George Merrick, founded the organization over which Mr. Trowbridge now presides. The interview, recorded by Jahmoukie Dayle, can be found Friday at http://bit.ly/2uNHy0Q.