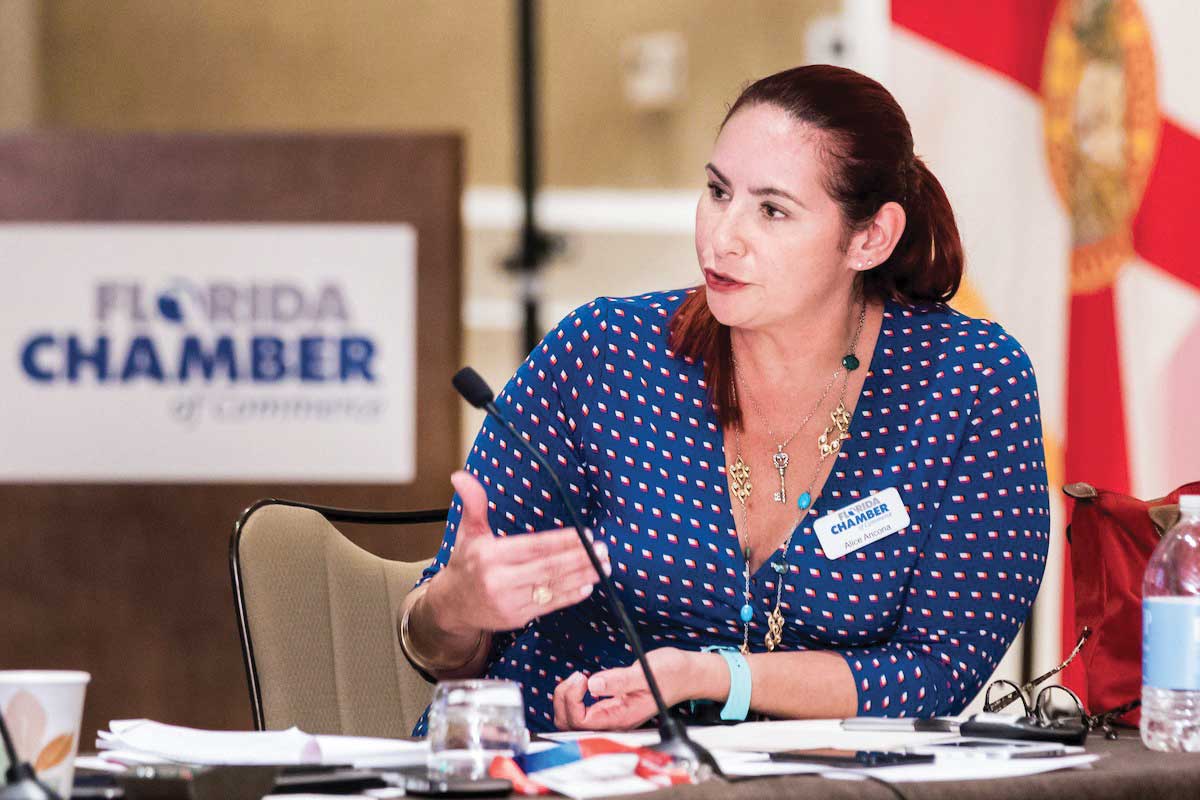 “Florida 2030,” a study by the Florida Chamber Foundation, is focusing on the state’s population increase and how to prepare for the influx through infrastructure and jobs, and a Florida chamber office in Miami is using the report as a strategic blueprint.

The International Trade and Investment Office, an extension of the Florida Chamber of Commerce, is using the study to improve Florida’s economy through international trade relations. The office, which moved to Miami about four and a half years ago, focuses on supporting businesses in trade and investments in order to reap greater benefits such as an increase in jobs and wages.

The study expects a 5 million increase in population in Florida within 12 years, which would in turn require 2 million jobs to be created. According to the Florida Foreign Direct Investment Report, one in five jobs in Florida depends on trade.

Alice Ancona, director of international strategy and policy at the International Trade and Investment Office, said trade will help Miami in creating those additional 2 million jobs needed by the year 2030.

“International trade provides us the opportunity to bring new jobs, which will help us address that gap,” said Ms. Ancona.

The influx of people, according to the study, also affects infrastructure, schooling, water, housing and quality of life, among other things. The office is focusing on how to overcome these challenges, said Ms. Ancona.

“We need to work with the community. There needs to be regional efforts and a broader platform,” she said. “We need bigger picture solutions. We’re changing how we need to think of ourselves. We need to operate like a country.”

Florida’s economy is well on its way to becoming a $1 trillion economy by October, Ms. Ancona said. It’s possible to compete as its own global economy, and Florida would be able to compete with countries such as Mexico, Indonesia and Turkey as number 16 among the world’s nations in Gross Domestic Product.

“It gets lost that we are a great state for business,” Ms. Ancona said. “Usually, people look at Florida for its travel with the amusement parks and the beaches. We need to change how we are telling that story. It needs to be a story of which assets need to be told much more loudly. Trade and investments are a big part of the economy that we are. There are reasons for that success.”

“International investments have a pretty good multiplier effect,” she said.

Her office is working on helping small businesses to be more competitive. Ms. Ancona said small businesses don’t have the necessary resources to lower the cost of doing business. Getting those resources for these businesses would allow money that’s spent on execution go toward wages and hiring more employees.

“Businesses need to engage in international trade. We are working collaboratively to help businesses connect and give them support,” she said.

Trade and investment doesn’t translate solely to imports and exports but also to services.

The office also focuses on working to help people and businesses understand the state’s infrastructure by hosting webinars and meetings around the state.

“If companies understand better,” Ms. Ancona said, then they will be able to trade better, which will bolster them in the long run.