Advertisement
The Newspaper for the Future of Miami
Connect with us:
Front Page » Transportation » Handling of Brickell Avenue Bridge openings causes rift 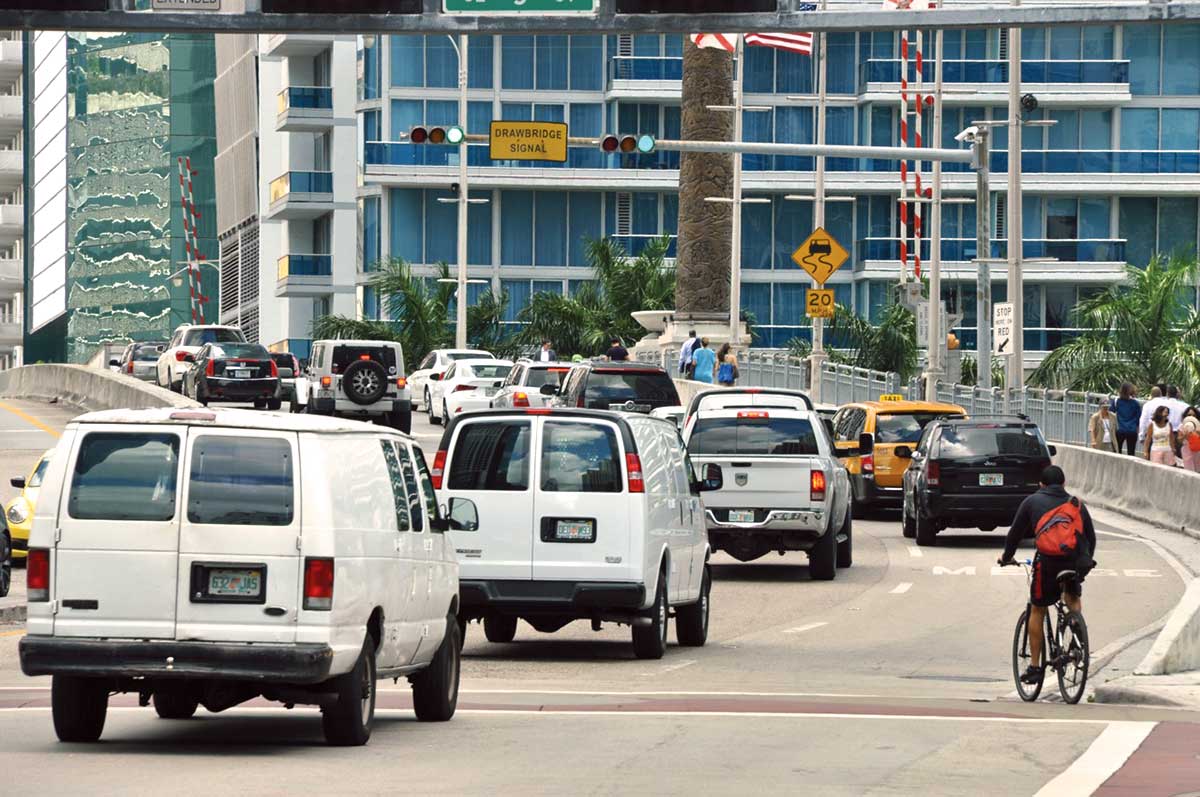 Miami River Commission members are fuming about being left out of action that impacts Brickell Avenue Bridge openings.

Frustration bubbled up at Monday’s meeting when Chairman Horacio Stuart Aguirre spoke of learning – after the fact – of a formal request to the Coast Guard to alter schedules to keep the bridge locked down and open to street traffic during peak hours.

The Coast Guard is in charge of the bridge operation, as the Miami River is a federal navigable channel.

The letter went to the Coast Guard from the Florida Department of Transportation (FDOT), apparently on the heels of some stakeholders approving the request. But Mr. Aguirre said any implication that there’s a consensus on bridge operations is false.

Mr. Aguirre said he and Brett Bibeau, commission managing director, attended a meeting this year of those interested in bridge operations hosted by the Miami Downtown Development Authority (DDA) and attended by representatives of the state transportation department, Coast Guard and others.

Mr. Aguirre said the 45-minute meeting ended with the parties amicably agreeing to meet again and the Coast Guard indicating it was open to options.

But the second meeting never came, said Mr. Aguirre, who then learned of the letter to the Coast Guard.

Forcefully, Mr. Aguirre said: “We did not – we did not agree to anything.”

Without objection from commission members, Mr. Aguirre said the bridge operation will get a full public airing next month.

“We will put this on the agenda for July, and I will invite all the parties… and everyone can present their point of view,” he said. “We will have a full-blown hearing.” The meeting will be July 9.

The Miami River Marine Group, DDA, Coast Guard, FDOT “and any other stakeholder” will be invited, Mr. Aguirre said. He stressed the need to get a transportation department official there to discuss current traffic flow on the bridge.

“As of today, 66% of the travel lanes are closed. This needs to be discussed,” he said.

The DDA has long sought solutions for Brickell-to-downtown gridlock and waged battle with the Coast Guard, state transportation department and the river commission over what it says are improper openings of the bridge that bring traffic to a standstill downtown and in surrounding areas.

The river commission also supports boring a tunnel under the river.