Advertisement
The Newspaper for the Future of Miami
Connect with us:
Front Page » Top Stories » Miracle Mile streetscape wins a thumbs-up

Written by Rebecca San Juan on May 29, 2018
Advertisement 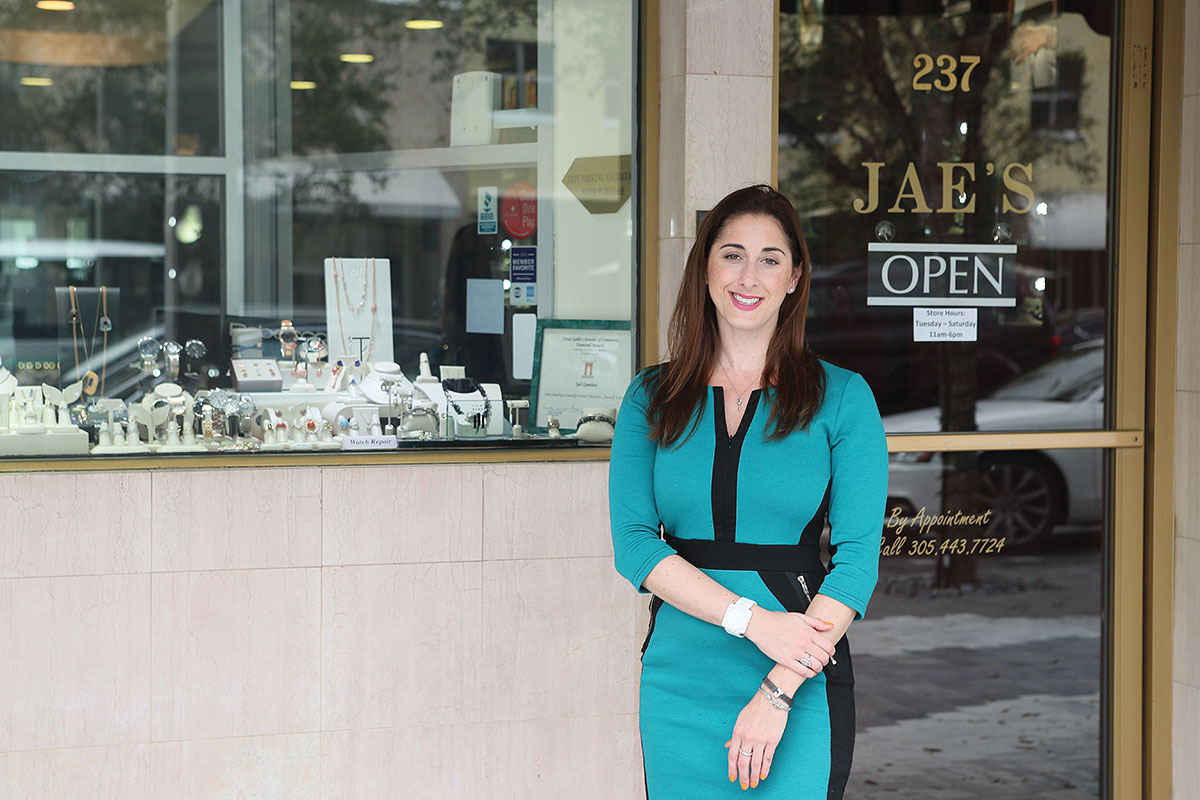 Newly widened sidewalks and updated features along Miracle Mile and Giralda Plaza in Coral Gables are inviting pedestrians to visit their favorite sites and linger long enough to discover new ones. Merchants rate the overall changes positively, with a few recommendations for improvements.

The Miracle Mile and Giralda Avenue Streetscape project spans from Douglas to LeJeune roads on the Mile and from the east on Galiano Street to the west on Ponce de Leon.

Venny Torre, president of the Coral Gables Business Improvement District, remembers when the idea for the streetscaping was first discussed in 2002. Years later, in the summer of 2016, shovels finally broke ground. The project ended almost two years later.

Hard work and dedication pays off, Mr. Torre said. “The result has been overwhelmingly positive. What’s clearly distinguishable is the openness and the wide sidewalks and the walkability. The seating and the landscaping are magnificent. As a whole, extremely positive responses.”

“Now people have to walk,” Mr. Kuperman said. “There’s no street in front of your store. And that’s all good.”

Most of the proprietors along the Mile rate the changes highly. Maryellen Fonte of Daisy Tarsi at 311 Miracle Mile said, “Very happy with the results. We have a great mix of retailers and restaurants now along the Mile. The streetscape is going to invite back the community to visit. It’s just more pedestrian-friendly.”

She also welcomes the end of ongoing construction after seeing significant losses during that time. “It could be anywhere from 30% to 60%,” Ms. Fonte said. “Not every street was closed at the same time, so before our street closure it happened that the other side was being done. It wasn’t affecting us much, and then it came to our side, the north side. That’s when you see the bigger dip.”

Others see the changes as an opportunity to improve business in the long-run. Jillian Hornik, owner of Jae’s Jewelers at 237 Miracle Mile and member at-large of the Business Improvement District, said, “Thanks to the Business Improvement District and the Coral Gables government, they formed an expert advisory committee – design professionals, urban planners, engineers, transportation professionals, even retail experts and merchants to help design the best recommendation to make the sidewalk design for the next 50 years. It’s great to see this evolution of the street that will better support the merchants on Miracle Mile.”

Some storeowners, however, believe that a few tweaks can improve the experience.

Jossie Guelbenzu-Aldrich, owner of Jossie’s Couture Fabrics & Designs at 295 Miracle Mile, rates the changes as an 8 or 9 out of a possible 10. “The streets were in very bad conditions,” She said. “I had customers that fell on the sidewalk. It was dirty. It needed a revamp.”

While the final product looks good, she says, the cleaning crew could do better: “They painted everything white and its super dirty. They need a cleaning team that comes and really gets into it every day.”

She also wishes for more lighting along the Mile. Ms. Guelbenzu-Aldrich said, “There’s certain places in the Mile where they put like four of these lights. I think we need more lights.”

Charles C. Bohl, director of the master in real estate development and urbanism program at the University of Miami School of Architecture, says he’ll judge the streetscape a success if more folks stroll the area.

“First, provide that activity space for Giralda and Miracle Mile,” Dr. Bohl said. “It’s ultimately to bring more diverse people to downtown to shop and dine. It creates this more inviting atmosphere where the goal is the people will stay longer. They’ll walk the Mile. They’ll walk Giralda. They’ll go to other shops.

“That’s really the broader goal, to make the entire downtown a more walkable, attractive space, to spend more time, to draw more visitors and to also be able to compete with other places that have done improvements with their streetscape.”