Advertisement
The Newspaper for the Future of Miami
Connect with us:
Front Page » Top Stories » Miami’s hopes to be a World Cup city rest on a vote in Moscow

Written by Marcus Lim on May 29, 2018
Advertisement 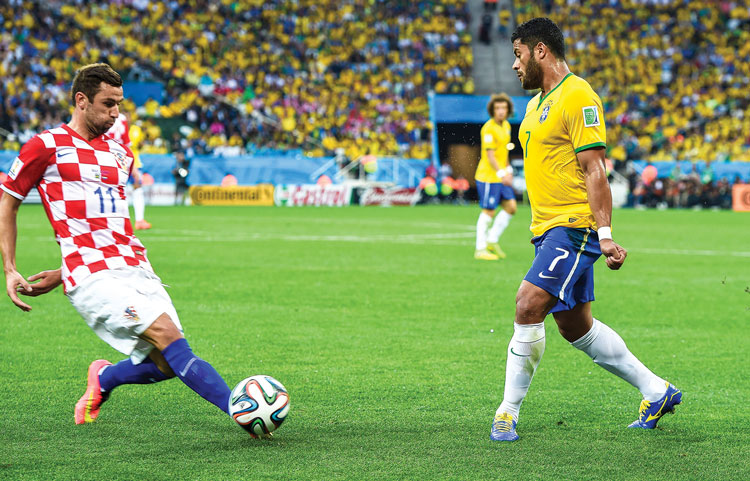 Miami-Dade’s hopes to be a World Cup city during the 2026 soccer tournament rest on whether the United Bid Committee (UBC), comprising the US, Canada and Mexico, secures enough votes June 13 to be the host nations. The county’s mayor and commissioners, who voted unanimously in favor of Miami hosting a match, await the votes to see if further action can be taken.

On June 13, a day before the 2018 World Cup in Russia, a FIFA Congress in Moscow is to vote to select the host country. Vying to be host are the UBC and Morocco. Excluding those four countries, 207 nations’ soccer federations will vote, and a simple majority (50% + 1) will pick the host.

FIFA, the Swiss organization behind the global event, oversees every major soccer tournament from continental competitions to the most-watched European leagues.

In order for Miami-Dade to even begin preparations to be a potential site, the UBC would need to garner more than 103 votes.

On Jan. 23, Mayor Carlos Giménez released a 77-page memo detailing the county’s approved resolution that supports UBC’s efforts and hopes that Miami-Dade could be a site. A study by the Boston Consulting Group says the economic impact for each locale involved could be as much as $500 million.

Additionally, the bid being presented by Miami-Dade includes an agreement identifying Miami International Airport as the facility selected to welcome the estimated influx of over 400,000 people including players, coaches, executives, officials and fans anticipated to visit the county for the World Cup festivities and matches.

The county has been working with the Greater Miami Convention & Visitors Bureau, which would show FIFA inspectors that Miami is fit to be a host site. Hard Rock Stadium is confirmed to be the venue of either group stage games or a quarterfinal game if the UBC secures the vote.

“Right now, we are waiting to see what happens,” said Jose Sotolongo, director of sports and entertainment at the convention bureau. “Let’s assume on [June] 13th the UBC gets the votes they need – we are still in 2018. FIFA will look at different cities and decide which game goes where, so we will be at a holding pattern for the next few years.”

Hard Rock Stadium has cemented itself as a one of the nation’s premier sports stadiums. Apart from being home to the Miami Dolphins football team, it stages international soccer games, last year hosting the second El Clasico, one of the largest soccer rivalries, between Barcelona and Real Madrid, and it will be hosting two more international soccer matches this July. It was also the site of the Super Bowl in 2009.

The month-long World Cup tournament that occurs every four years will pit 48 national teams against each other, an upgrade from the conventional format of 32 teams that the World Cup has employed since 1998. This will be the first time a FIFA tournament will have that many teams, attributed to “the evolution of [soccer] football’s global showpiece.”

For the UBC, 23 cities will be potential sites, 17 of them in the US. The US would host 60 games, and Canada and Mexico would host 10 each.

The announcement was made that the UBC would enter the bid to host the World Cup jointly in April 2017. It’s the first time three nations have joined together for the event. The first time multiple nations hosted a World Cup was in 2002, linking Japan and South Korea.

“Our county is a top tourist destination where people come from all over the world to enjoy our culture and have a great time,” said Commissioner Rebeca Sosa, who sponsored the bid. “Hosting World Cup matches here, in the Gateway to the Americas, is a perfect fit. We have world-class facilities like the Hard Rock Stadium and Miami International Airport, and the very best hospitality professionals in the country ready to welcome soccer fans from across the globe. This is a once-in-a-lifetime opportunity.”

Government support is one of FIFA’s requirements for a host country, which is to provide operational, fiscal and administrative support. President Donald Trump has affirmed that he is supporting the bid and will do whatever it takes to ensure its success. While the UBC is doing its part to help secure votes, Mr. Trump himself has made public comments, most recently at the Rose Garden press conference, and even Tweeted that it would be a “shame” if other countries did not provide the vote.

“I hope all African countries and countries throughout the world, that we also will be supporting you and that they will, likewise, support us in our bid, along with Canada and Mexico, for the 2026 World Cup,” Mr. Trump said.

If the UBC wins, it would be the second World Cup held in the US, the first in Canada and the third in Mexico.

Mr. Sotolongo said that even though the local supporters are playing the waiting game, if the UBC succeeds, he knows Miami will have no problems passing any FIFA inspection.

“We are big in who we are and we are very optimistic for our community,” he said. “We have a good record and long line of top-notch sporting events hosted here, and we know the sports business inside and out, so we are very confident for our positioning here.”