Advertisement
The Newspaper for the Future of Miami
Connect with us:
Front Page » Transportation » Miami may run trolley route to Miami International Airport hub

Written by John Charles Robbins on May 29, 2018
Advertisement 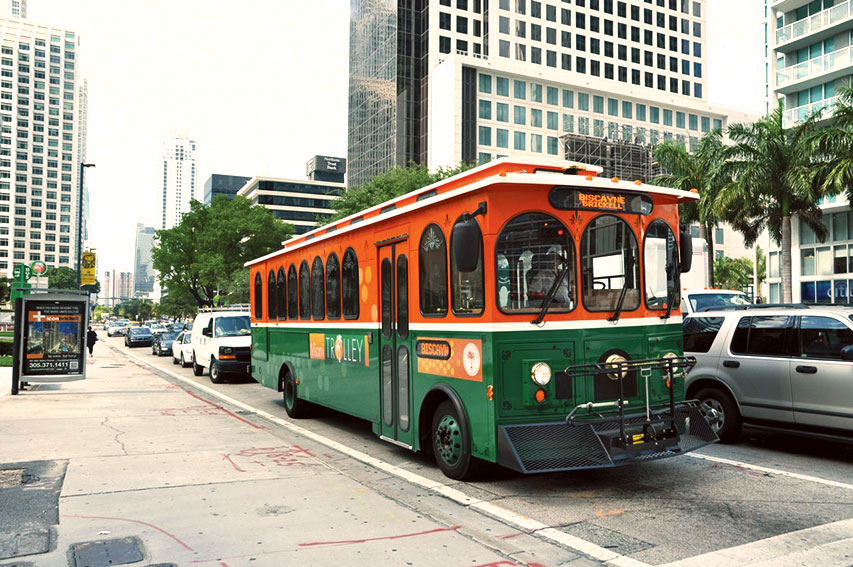 City and county leaders are touting two transportation improvements to ease traffic gridlock. If the demonstration projects win final approval and funds, the city would run a trolley route to connect with the Miami Intermodal Center (MIC) next to Miami International Airport and build a train station platform on the Northeast Corridor.

Mayor Suarez said, “These projects are a huge win for the City of Miami and a step towards seeing the SMART Plan come alive.”

The regional TPO is governed by a board made up mostly of county commissioners, with representatives from municipalities and the school board.

Esteban Bovo Jr., who chairs both the county commission and the TPO, declared May 24 a “big day,” saying the city’s two demonstration projects launch SMART Plan service and will bring the area closer to interconnectivity.

In a press release that day, Mr. Bovo welcomed the city’s applications, including the Northeast Corridor Proposal, which would establish a train station for Midtown/Design District.

“Working to develop a demonstration project that will service the Midtown and Design District area along the northeast corridor, which will have both Tri-Rail and Brightline service, is a great way to begin activating the vision of the SMART Plan,” Mr. Bovo said.

“We still need to continue working with all stakeholders including Tri-Rail, Florida Department of Transportation, Brightline, and City of Miami to fully implement the project, as well as ultimately connect communities along the entire northeast corridor,” he said.

“Together, all of these projects combined will significantly increase accessibility to transit and offer new congestion relief options to the residents of Miami-Dade County as well as the South Florida region,” he said.

The city runs a free trolley system, and an east-west route through Flagami is the last to be set rolling.

The MIC is a transportation hub linking multiple modes of transit to the airport: trains, buses, trolleys, rental vehicles and more.

Each demo project requires a local minimum pledge of 50% of the estimated cost from the sponsor.

TPO Executive Director Aileen Bouclé wrote to the city: “Funding is a collaborative effort, and depending on the scope and cost of the demonstration project, the TPO may seek federal and/or state funds to be allocated up to one half of the net project cost, but not more than the amount of funding committed by the project sponsor.”