Written by Gabi Maspons on May 16, 2018
Advertisement 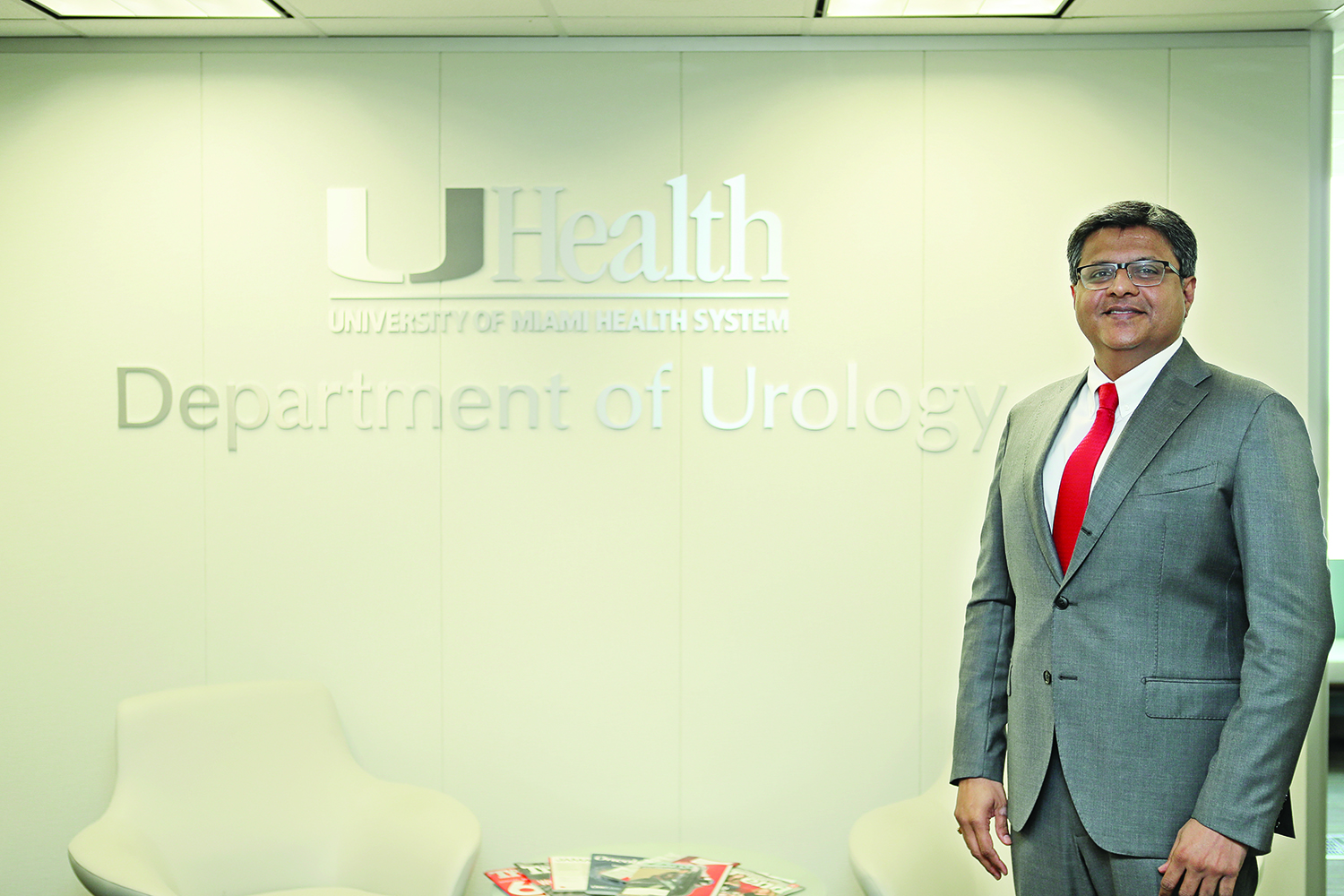 Dr. Dipen J. Parekh wears many hats at the University of Miami Health System. After being named chief clinical officer in September, Dr. Parekh hasn’t slowed down one bit.
Dr. Parekh continues to chair the Department of Urology at the University of Miami Miller School of Medicine and directs Robotic Surgery for the entire health system.
When taking on his extra role, Dr. Parekh refused to give up practicing. To him, performing surgeries isn’t a job but a calling. To justify his expansive responsibilities, Dr. Parekh must do everything at the highest level, he says, which is impossible without his supportive team.
This year, Dr. Parekh is on track to perform 300 major cancer and robotic surgeries.
Moving forward, he hopes to improve patient access and surround himself with the most passionate and skilled physicians and team members. When working at an academic medical center, he says, the dynamic of the team is essential, and no surgeon is on his or her own.
Though he is now chief clinical officer, Dr. Parekh says he will never allow himself to obsess about the bottom line. “I never go to bed worrying about meeting or beating my budget,” he says. “I always go to bed thinking about how I can do the right thing.”
While never dreaming of being a hospital administrator, Dr. Parekh says he is able to excel at the role because he knows what it’s like to be on the other side, as he is a productive surgeon himself. His unique role as both clinician and administrator creates open lines of communication and recruits support from all stakeholders, he says. He hopes that he can scale the model of physician-led hospitals: “I want the UM Health System to be physician owned, physician led and physician driven.”
Miami Today reporter Gabi Maspons interviewed Dr. Parekh at the UHealth Don Soffer Clinical Research Center in the Health District. The interview was recorded by Jahmoukie Dayle and can be found Friday at http://bit.ly/2uNHy0Q.