Advertisement
The Newspaper for the Future of Miami
Connect with us:
Front Page » Transportation » $1 fare proposed for now-free Metromover 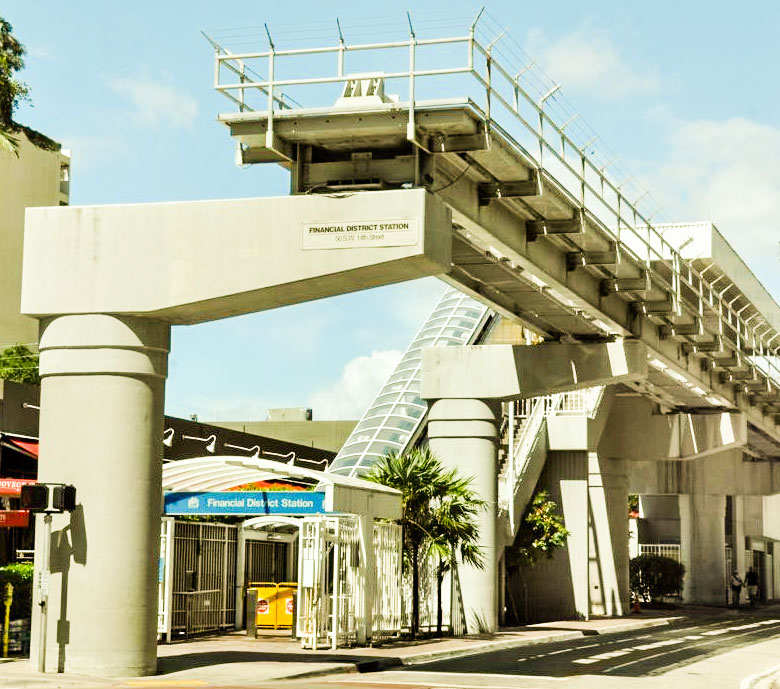 Riders should be charged $1 each time they board the Metromover instead of relying on taxes meant to fund expansion of the county’s rapid transit system, Miami-Dade Commissioner Sally Heyman told a Transportation and Public Works Committee meeting last week.
Ms. Heyman said residents she spoke with are willing to pay a small fee to use the mover, a free piece of the Fixed-Guideway Rapid Transit System that also includes Metrorail.
“They’re willing to do it, and they’re charged nothing because it’s our choice,” she told Transportation and Public Works Director Alice Bravo. “For all of the unfunded needs of our transportation system and operation of the Metromover – that’s free – the rest of the county and all of us and our constituents are paying for it as taxpayers even if they don’t have a rail service, Metromover or bus service.”
Ms. Heyman’s recommendation came in response to two agenda items related to expanding the Metrorail station in Brickell. Assistant County Attorney Dennis Kerbel confirmed the expansion would increase population density around the station, which would lead to more tax revenue for the City of Miami.
That, Ms. Heyman said, is unacceptable when transportation routes in other parts of the county are suffering.
“I think it may be time, when you come to us and say we have to cut a route, that you remember a day like today where we’re increasing the value of surrounding land in a city that is not contributing a penny to what our transit system exclusively makes the rest of the community and 12 other districts – or 11-and-a-half other districts – pay without an economic benefit to us,” said Ms. Heyman, who suggested Ms. Bravo prepare a study to determine what other major US cities have optimum rail transit systems while not charging fares in their densest metropolitan areas.
“I think you’re not going to be any more surprised than me to find out: none,” she said.
The argument over whether to impose a Metromover fare may be familiar to many county residents.
The 4.4-mile automated downtown train loop cost 25 cents per ride until 2002, when voters approved a half-penny sales tax as part of the People’s Transportation Plan (PTP). That tax partially funded free rides on the Metromover, whose daily ridership Ms. Bravo told the committee is about 35,000 – the county’s latest report, for March, shows Metromover averaged 31,100 riders weekdays, 20,700 on Saturdays and 17,900 on Sundays.
After voters approved the tax to fund the PTP, the county commission rerouted those funds, which were created primarily to fund county-wide transit expansion, to cover general transit operations and maintenance. The Metromover, however, remains free for all riders.
The major argument against reinstating fares is it will cost more to install fare boxes and systems necessary to charge riders, said Commissioner Dennis Moss, who added he was interested in hearing “a fresh perspective” on the idea.
“But that’s always been the issue,” he said, “that it’s going to cost us this much money and we only bring in so much money, so it’s not feasible to do it at this particular point in time.”