Advertisement
The Newspaper for the Future of Miami
Connect with us:
Front Page » Government » Compromise near on lockdowns of Brickell Avenue Bridge

Compromise near on lockdowns of Brickell Avenue Bridge 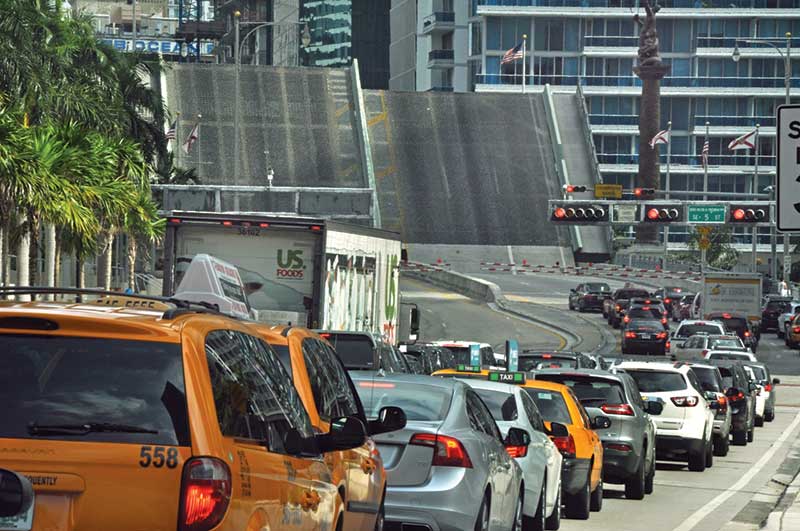 After years of wrangling, a temporary compromise seems near on lockdowns of the Brickell Avenue Bridge over the Miami River.

Miami’s Downtown Development Authority has been at loggerheads with the Coast Guard about what the authority calls improper openings to let pleasure craft through.

Authority chair and Miami Commissioner Ken Russell held a mediation session among authority members, the state transportation department, the Miami River Commission, the federal marine agency and other stakeholders, he told authority members Friday. A potential compromise was reached: in a pilot program, the bridge will be locked down from 8 to 9 a.m. and from 5 to 7 p.m. weekdays.

“It’s a shift and a trade-off,” Mr. Russell said, in that the authority is giving up some morning time to gain more in evenings. “FDOT is on our side. They pushed back with dueling studies” when the Coast Guard said locking down the bridge would affect waterway safety.

“I say, ‘Good, great, let’s try this,’ but they’re going to keep falling on the ball,” said authority board member Richard Lydecker of the Lydecker-Diaz law firm, a vigorous proponent of longer lockdown hours. He said the authority shouldn’t rule out filing suit “if there’s a fight to be had.”

“A two-pronged approach could work if we have the teeth to move forward with it,” Mr. Russell said. “It’s a good option to have.”

It might serve the interests of all to create more exceptions, Mr. Lydecker said: “anything with a mast sits and waits; any non-commercial boat sits and waits. Then we have a united front.”

One Response to Compromise near on lockdowns of Brickell Avenue Bridge