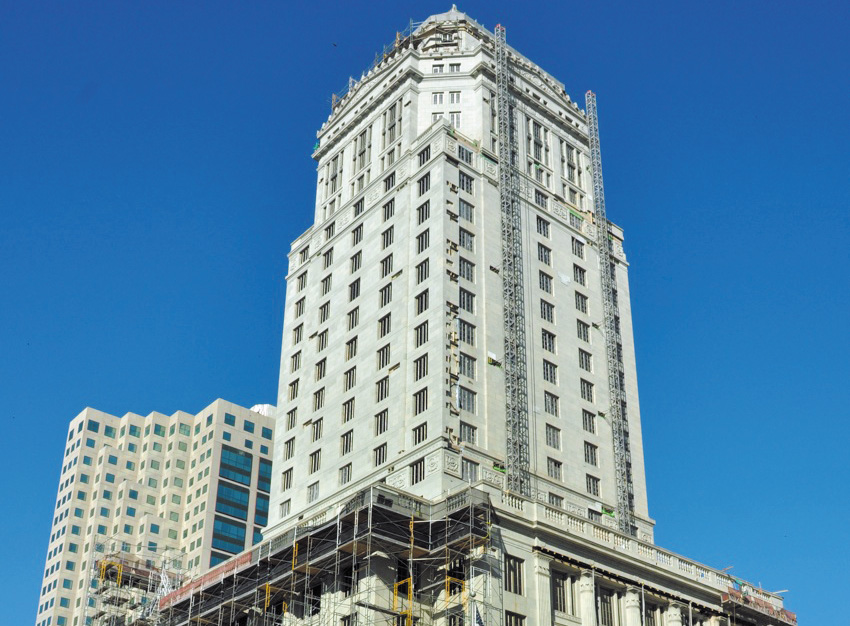 Less than a month before a decision on how to move forward on a new Miami-Dade courthouse, consultants last week leaked a confidential unsolicited proposal to a potential competitor.

As a result, KPMG is no longer advising on the project and the county is seeking new consultants to remain on schedule.

The courthouse at 73 W Flagler St., built almost 100 years ago, needs immediate replacement. For five or so years, commissioners have debated how to do so.

This year, conversations picked up momentum. While the county was gearing up to release a request for qualifications [RFQ] to the public in January, it received an unsolicited proposal from developers of the Brightline railway.

The county has since issued the RFQ while keeping the unsolicited proposal in the race, initiating a dual track procurement.

Mayor Carlos Giménez and administrators have pushed for commissioners to reject the unsolicited proposal, saying it would deter other developers from competing for the contract.

Commissioners were to choose a procurement track for the courthouse April 10 but deferred a decision to May 1.

Last week the project may have hit another snag. On Friday, Mr. Giménez issued a memo saying courthouse consultants at KPMG inadvertently transmitted confidential information from Brightline’s proposal to Mike Marasco, CEO of Plenary Concessions and a potential competitor for the project. The information included the original unsolicited proposal and KPMG’s evaluation of it.

KPMG attributed the source of the leak to an “autofill function in Microsoft Outlook,” Mr. Giménez said in the memo.

Mr. Marasco said he did not read the files, signing a declaration under penalty of perjury.

“The county strongly believes that the inadvertent release … did not expose the content of any confidential information,” Mr. Giménez wrote.