Advertisement
The Newspaper for the Future of Miami
Connect with us:
Front Page » Education » Miami Dade College may run Olympia Theater, get housing 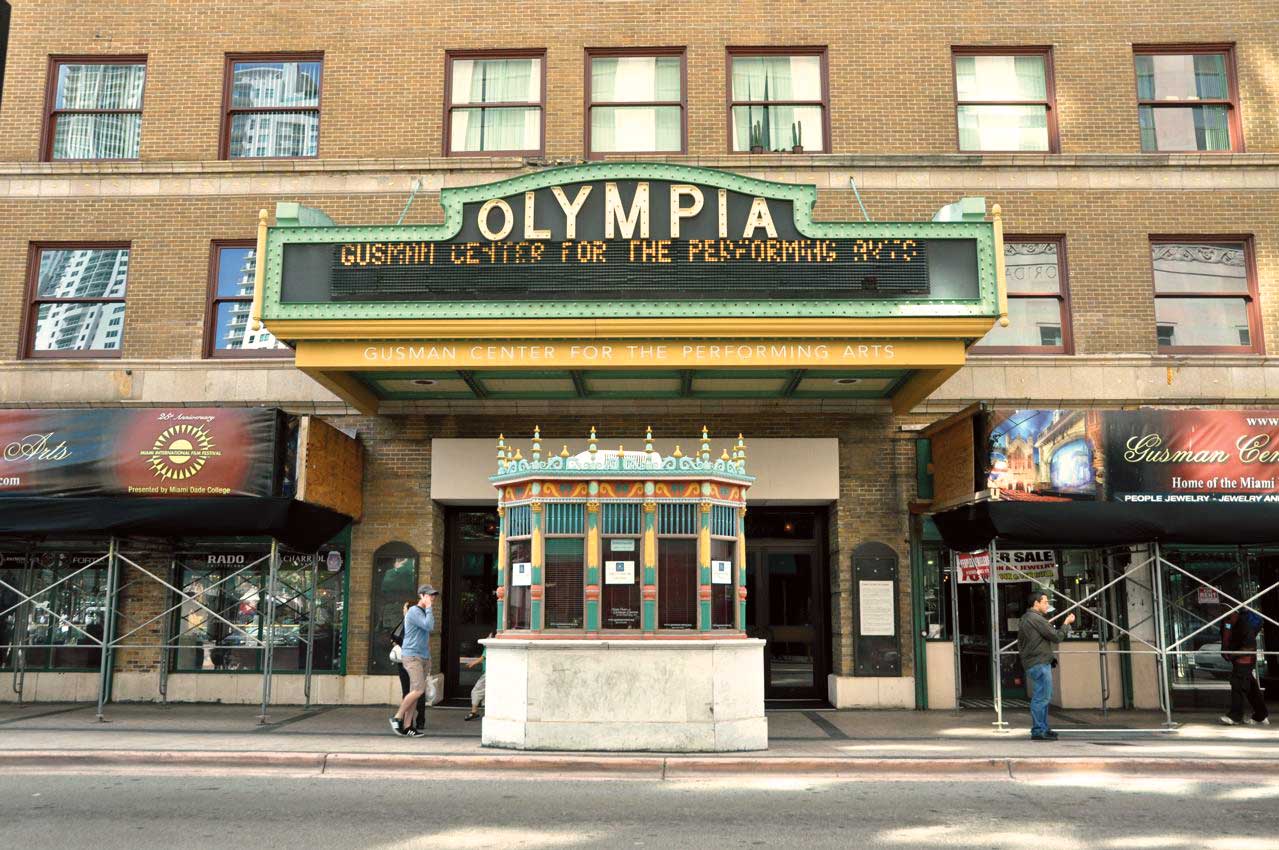 Miami commissioners are looking to Miami Dade College to run the vintage 1926 Olympia Theater downtown. Ken Russell’s resolution for the city manager to explore the idea is on tap at today’s (4/12) commission meeting.
Commissioners are pursuing multiple ways to add affordable housing, and the proposal would address that too.
The city owns the aging and grandiose Olympia Theater at the Gusman Center for the Performing Arts at 174 E Flagler St., which not-for-profit Olympia Center Inc. now manages. While the iconic venue continues to host concerts and other large events, it has seen better days. The theater and the residential units above haven’t had a major facelift in more than 15 years.
Renewed interest in the building surfaced last year when a developer’s unsolicited proposal sought a public-private partnership to redevelop the 80 residential units and improve the theater.
In the face of concerns and controversy that the offer stirred up, the developer withdrew in late October and commissioners asked the administration to study what would be needed to fix the building and to look at its future uses and management.
The emphasis ought to be on historic preservation at the outset, Mr. Russell said then.
The new resolution would direct City Manager Emilio González “to explore the feasibility of a potential partnership with Miami Dade College for the operation of the Olympia Theater, including housing options for MDC students.”
The city would “support a capital investment in the physical structure of the theater to bring it up to acceptable standards before a final agreement with MDC,” it says.
It notes MDC has successfully managed the civic and cultural programming and operations of other historic assets, including the Koubek Center and city-owned Tower Theater in Little Havana and the Freedom Tower downtown.