Advertisement
The Newspaper for the Future of Miami
Connect with us:
Front Page » Top Stories » Miami-Dade County’s transit expenses per rider up 15% 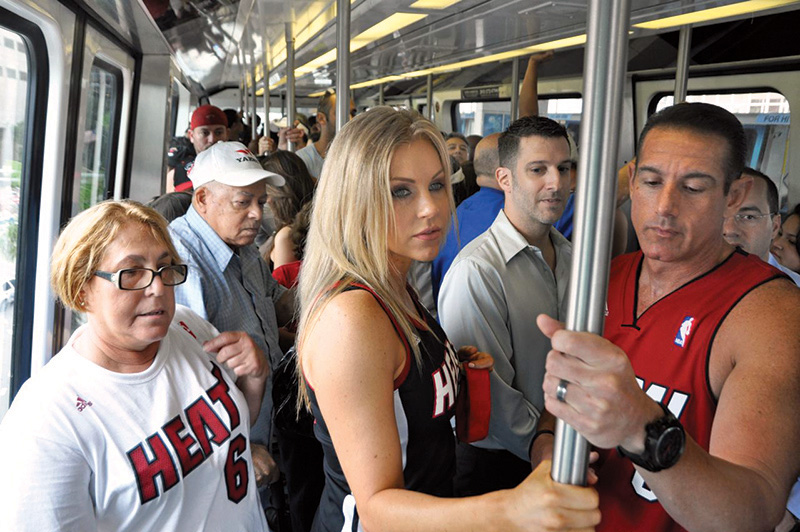 Reports from Miami-Dade County’s transit operations show the challenges of operating mass transit as the county moves to add services in its six-corridor Smart Plan for added transportation.

In a public notice published last week, the system notes that operating expenses per passenger trip for the entire system rose in 2017 to $6.16 from $5.35 in 2016, an annual cost increase of more than 15%.

And while Metrorail and Metrobus fares are listed at $2.25 per trip – Metromover remains free – because many passengers ride at either free or reduced rates the average operating revenue per trip on all transit modes fell from $1.32 in 2016 to $1.26 in 2017.

Those two changes increased the gap between operating costs and operating revenues from a $4.03 loss to a $4.90 loss per trip in operating income.

The challenges continue this year, as the system reports in its latest statistical review a drop of 12.5% in total boardings from January of 2017. The declines, as in the past, aren’t equally spread: bus use fell 15.3% in the month from the prior January, Metrorail use fell 7.3% and free Metromover use fell 9.5%.

Despite rapidly declining bus use, buses remain the largest carrier mode, with 62% of all transit riders on buses. Metrorail carried 24.9% and Metromover 11% – the other 2.1% use special transit services for those requiring wheelchair mobility and other special requirements.

The transit use declines have been accelerating in recent years, again challenging system operators, because fewer riders translate both to decreased collection of fares and to declines in state and federal funding that is based on total system use.