Advertisement
The Newspaper for the Future of Miami
Connect with us:
Front Page » Profile » Lee Sandler: Sees tightening of trade rules as US taking a new path

Lee Sandler: Sees tightening of trade rules as US taking a new path 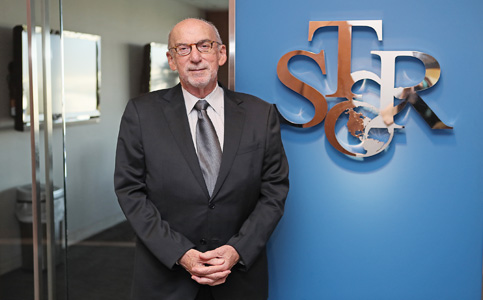 After starting his firm over 40 years ago, Lee Sandler says every day is still a surprise and that’s what keeps him loving his job.

Sandler, Travis & Rosenberg is the largest firm in the world dedicated to international trade, customs and exports. While firms throughout the nation have lawyers who specialize in trade law, STR may be the only robust firm that exclusively services the industry.

The best trade lawyers are those who are intimately familiar with the law, Mr. Sandler says: government employees. His firm primarily recruits its lawyers from Washington. He is no stranger to government work, having begun his career in the Department of Justice. He still makes frequent trips to Washington to lobby Congress and has been appointed by five administrations to advise on international trade negotiations.

Though many lawyers may be seen as people you call in a crisis, Mr. Sandler says he prefers to be viewed as a consultant who prevents companies from running into trouble in the first place. Sometimes, he says, government agencies even recommend his firm to clients to help them navigate the complex trade arena.

The last thing a company wants is to run into a problem at the border once it has already bought and sold its goods, he says. His job is to eliminate surprises at the border and make the process as efficient as possible.

“You know how to build your product, market it and ship it, but you may not know all of the federal regulations that would be applied to it,” he says.

Miami Today reporter Gabi Maspons interviewed Mr. Sandler at the Sandler, Travis & Rosenberg offices in Blue Lagoon. The interview was recorded by Jahmoukie Dayle, and can be found Friday at http://bit.ly/2uNHy0Q.