Advertisement
The Newspaper for the Future of Miami
Connect with us:
Front Page » Communities » Miami-Dade County Public Schools have $60 million plan for downtown 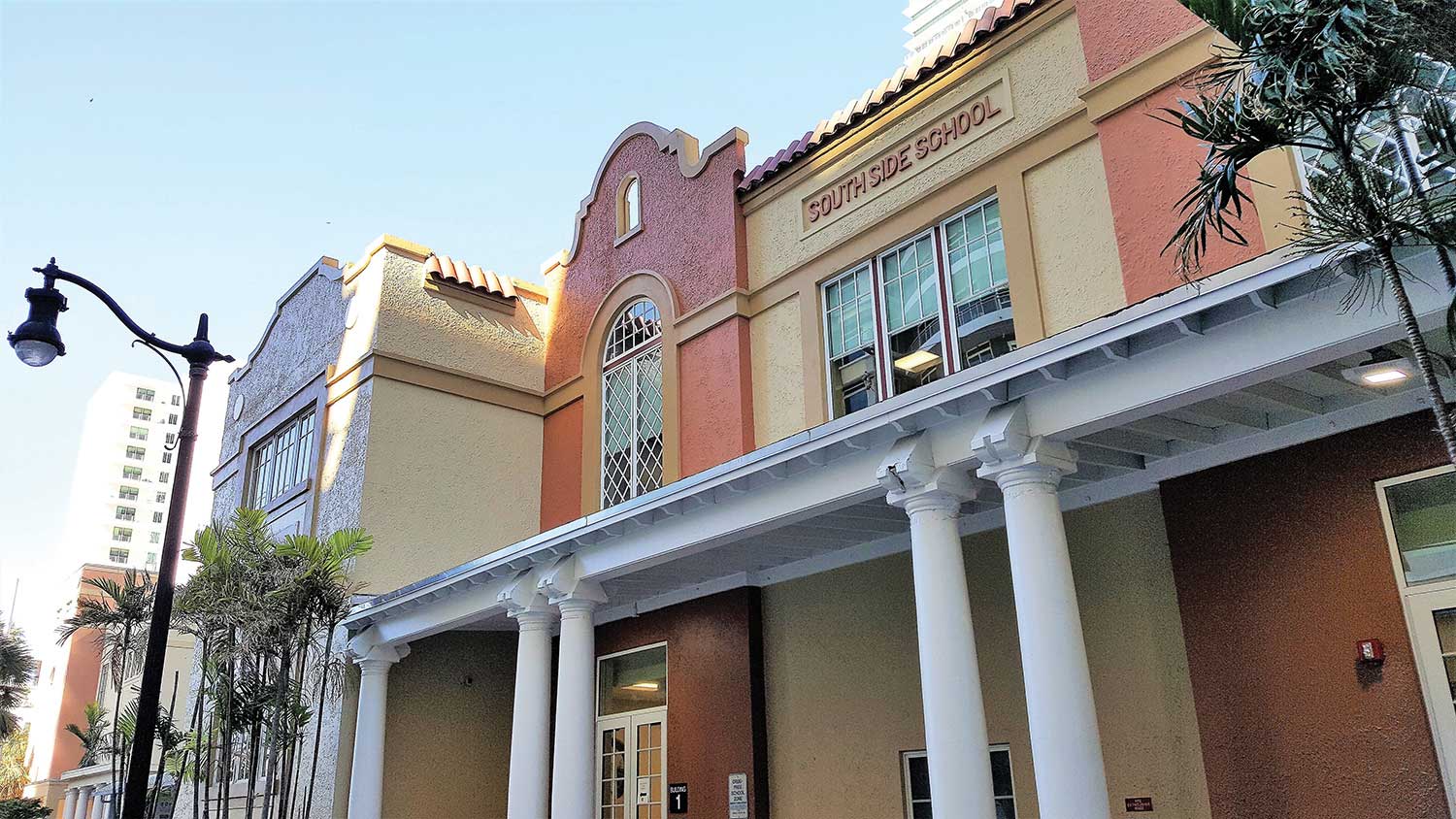 More classrooms and new classmates are coming to four elementary schools in Brickell and downtown as the school system looks to increase capacities in the city’s core. Miami-Dade County Public Schools is also considering an extension to iPrep Academy.

The school system is looking to invest over a span of five years $23 million south of the river in Miami’s core and about $37.6 million north of the river. The schools plan to utilize primarily tax revenue to enlarge existing programs.

A budget of $23 million includes expanding Southside in Brickell.

North of the river, the school system currently work within a $6 million budget for its plans. It expects to receive $9 million next year, $1 million the following, $12 million during the 2020-2021 academic year and $4.6 million during 2021-2022 to increase capacity for Phyllis Wheatley, Paul Laurence Dunbar and Frederick Douglass schools.

Frederick Douglass has an exclusive additional funding for about $5 million in the 2019-2020 academic year. Collaborations with partners, including the City of Miami, will determine where and how the money is allocated.

νOfficials plan to add a middle school component to Southside three blocks away from the elementary campus at 45 SW 13th St. The elementary school allows for a 832-pupil capacity. The location to house grades six through eight would allow for a 500- to 600-student capacity, Miami-Dade County Public Schools Chief Strategy Officer Lisa Martinez said. “The site for the Southside will include a floor of units for teachers,” she said. The school district, she said, looks forward to collaborating with the Miami-Dade Public Housing and Community Development Department on the project.

νFrederick Douglass at 314 NW 12th St. is to double in size. The recently completely new facility allows for 280 students. The expansion allows for an additional 500 to 600 students.

νThe county hopes to replace the Phyllis Wheatley site with a capacity of 640 students with a new facility. Miami-Dade County Public Schools Chief Facilities Officer Jaime Torrens said, “There most likely we would be replacing the current building but there would be a school on the site where there currently is a school but it may be larger. We would have to go through and figure out exactly what that looks like.”

Mr. Torrens says that his team needs to research alongside school operations to determine whether there is a need for middle school grades at the 1801 NW First Place location. He said he thinks it’s likely that the new school will offer grades sixth through eighth in addition to the current elementary offerings.

Teams from the Miami-Dade Public Housing and Community Development Department as well as the Omni Community Redevelopment Agency (CRA) are helping move the project forward.

As is the case for Southside, the design also includes room for workforce housing. Ms. Martinez says both Southside and Phyllis Wheatley projects include housing for teachers as part of a conscious effort: “We are pairing up these two opportunities as a pilot effort to collaborate with public housing community development.”

νOfficials also are weighing options for iPrep Academy at 1500 Biscayne Blvd. The school, educating students in grades pre-kindergarten through 12th grade, sits on 10 acres the county owns. The school system plans to work alongside the City of Miami’s Omni Community Redevelopment Agency, Ms. Martinez said. “They are interested in working with us to be able to sort through how best to not only relocate it but also expand its capacity. They moved forward with board action to be able to work on an [memorandum of understanding] with us to move that concept forward.”

The president of Biscayne Neighborhoods Association, Andres Althabe, is advocating for an expansion of iPrep Academy.

“The expansion of iPrep into a separate location is something that the school board has been discussing for a long time and it just doesn’t materialize,” Mr. Althabe said. He said his association considers a parcel of land across from Temple Israel of Greater Miami at 137 NE 19th St. as an ideal location. “That would make the commute to school very easy for people in the north edge of Edgewater and also for downtown.”

Mr. Althabe said residents in Edgewater could walk their children to school and those in downtown would have access to the Metromover.

Spreading the word about the expansion of iPrep will help move along the process, Mr. Althabe said. “They’re going to need to react when the problem is out in the everyday conversation. They’re going to have to react and find solutions.”

Real estate broker Madeleine Romanello said expanding current schools and potentially adding new ones, both public and private, can only improve the livelihood of downtown residents. The broker associate at Compass expects building to continue and sees demand for more schools.

“There’s a lot of high-end condos that have been built in those areas and I would say that there’s always going to be people that want a private school,” Ms. Romanello said. “It’ll be better for the area to have a balance of both.”

A wider range of school options only enriches the lives of residents in the area, Ms. Romanello said. “People do love downtown living. We’ve really changed a lot. I think giving people that option is great.”