Advertisement
The Newspaper for the Future of Miami
Connect with us:
Front Page » Transportation » Transit tracker upgrade on the way – minus Uber

Transit tracker upgrade on the way – minus Uber 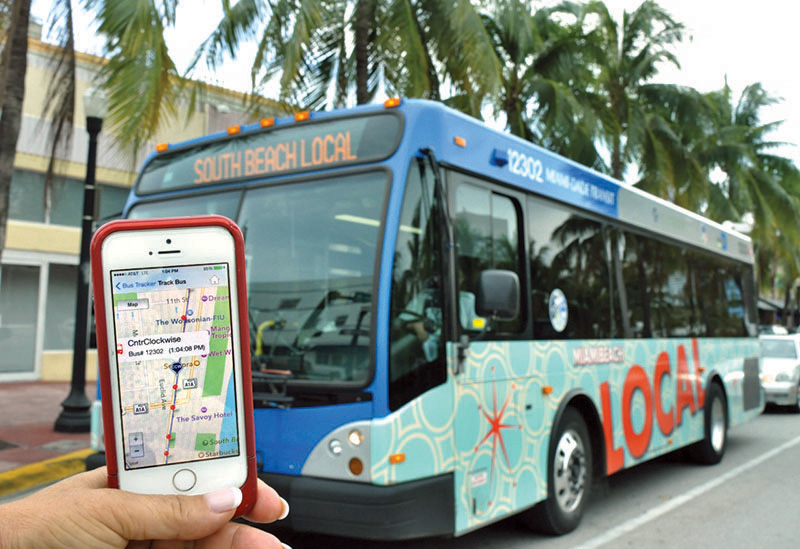 The Miami-Dade Transit Tracker, which allows users to track trains and buses, pay for trips and report safety concerns, is set to debut its new and improved app in April, according to Carlos Cruz Casas, assistant director of the county’s Department of Transportation and Public Works.

However, he said, the option to provide users with a virtual card payment option that links to Uber, Lyft and Citi Bike as part of an interrelated payment system won’t be a part of the update.

“Starting in April, the Miami-Dade Transit Tracker app and ‘Easy Pay,’ a mobile payment option that allows users to tap and pay as they go, will merge into one app,” he said, “offering users more control of their accounts while allowing them to track their desired mode of transportation.”

As for using the new app to create an interrelated payment system that works with companies such as Uber, Lyft and Citi Bike, he said, that’s still in the works.

“For example,” he previously told Miami Today, “let’s say we have the interrelated payment system in place and we want to promote the use of Citi Bike through the app. We can offer users who use Citi Bike to get to and from a Metrorail station with a free Lyft ride after they use Citi Bike for a certain amount of time.”

However, he said, “Right now we are still in the process of building the foundation to make this interrelated payment system a reality.”

“So far we have had encouraging discussions with Uber and Lyft regarding this process,” he said, “however we are still ironing out all the details.”

As a result, he said, “this fall we are going to release our API (application programming interface) to the open market so that large third-party companies can work on developing the app.”

Doing this, he said, would create a space for tech and big companies within the private sector such as Mas Global, Google maps and Apple maps to come together to offer their ideas and work on the app.

“We have already started to see a strong response from the private sector in regards to working on the app,” he said. “Now it’s all about putting a call out to the industry and seeing who wants to be a part of this process.”

“Basically, what we want to do,” he said, “is open doors with this new app, which in my opinion could become the future of transportation moving forward.”