Advertisement
The Newspaper for the Future of Miami
Connect with us:
Front Page » Top Stories » Three more years of construction to revamp Bayside Marketplace 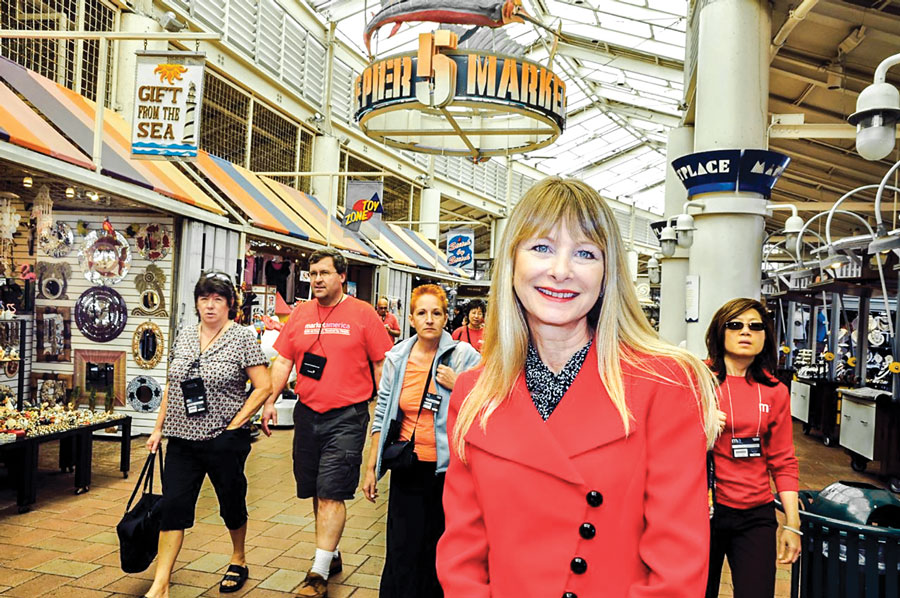 No makeover happens overnight, as Bayside Marketplace proves. The downtown open-air market spanning almost 17 acres, which hosts over 180 businesses, plans to continue construction for the next three years. It unveils its progress as it goes along.

“We started in the north building and redid our restrooms, which were in dire need of being renovated and remodeled,” said Pamela Weller, senior general manager at Bayside Marketplace LLC.

With new banisters, fans, fresh coats of paint, LED lights and an added structure to the neutral piers, that wing stands at 85% complete. Custom-made awnings provided by Miami Awning, the same company that provided the original ones 31 years ago, will take the team to 100% completion in four to five weeks, Ms. Weller said.

Ms. Weller’s team also is addressing changes toward the south wing with Pier 5. That area checks in at 95% complete. Ms. Weller said, “We redid every stall, putting new fans, lighting, music throughout the north and south buildings.”

Ms. Weller confirms plans moving forward with the SkyRise observation tower on the bay just off the marketplace’s water side. Its developer, Jeff Berkowitz, leads construction work behind Hard Rock. Developers expect to complete the observation deck by 2020, including its attractions, among them a zero gravity tunnel and a transparent slide.

City of Miami residents approved financially supporting the project in a referendum vote in 2014. Ms. Weller says Bayside can work within a $27 million to $34.5 million budget.

Ms. Weller said she looks forward to the final product in a few years.

“It’s really an evolution of connectivity between each of the areas, but the final project will be within the next three years,” she said.

Being in the shopping center industry, her team did not want to disrupt tenants’ flow of business, so work begins at midnight Monday through Thursday.

“All of our work is being done at night, which limits us being able to move quickly throughout the project because of the lighting and other variables when you have an open shopping center,” Ms. Weller said.

Other than the addition of new awnings, Ms. Weller looks forward to the two next steps.

“We started working on our pavilions.” she said. “We put on these new polyurethane roof structures that are actually special orders for us from Italy. It’s a green polyurethane roof that actually has LED lighting behind it. It takes us about four weeks to do each pavilion.” She said updated LED lighting should come to the entertainment stage soon too.

While Bayside Marketplace remains the number one attraction in Miami, Ms. Weller says, and ranks fifth statewide, some locals believe the changes to the open-air market will attract more Miamians.

“I think by them upgrading with renovations it becomes something that is welcome and appreciated by people that work in the area, live in the area, or maybe people that live just in Greater Miami,” he said. “What that does is it sparks some continuity between Bayside and the rest of downtown rather than it being its own standalone asset.”