Advertisement
The Newspaper for the Future of Miami
Connect with us:
Front Page » Transportation » First autonomous operations terminal for Ford in Miami 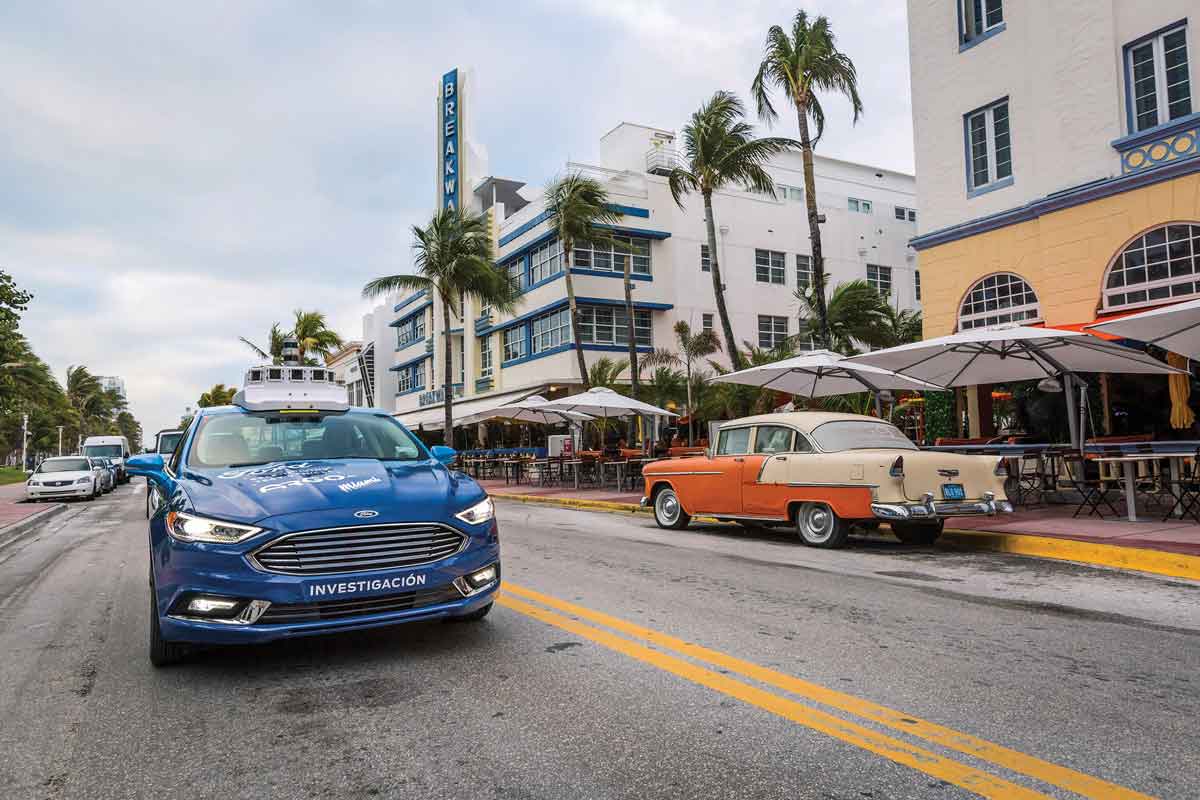 Ford Motor Co., which began creating and testing new connections between automotive and computer technology in January 2015 at its Ford Research and Innovation Center in Palo Alto, CA, has picked Miami as its first city to test new self-driving vehicles with its first autonomous operations terminal in the Wynwood area, according to SherifMarakby, Ford vice president.

“We spoke with and looked at several different cities,” Mr. Marakby said, “but selected Miami for three reasons.”

The first reason, he said, is “after reviewing different cities we found that Miami has a congested urban city center in downtown Miami that we feel could be utilized to create a business model that combines business and technology in a cohesive way that would allow for us to learn how to implement this new technology within a city setting.”

The second reason, he told Miami Today, is the weather and speed limits within the area being conducive to the implementation of this new autonomous technology. Lastly, he said, “the progressive leadership within Miami-Dade County and working in such a progressive city” are key factors as to why Miami was selected.

As for how much this project will cost Miami-Dade, Mr. Marakby said, “It doesn’t cost the city a thing. Ford is completely financing the project.”

“We approached Mayor Carlos Giménez’s office and the city three months ago to incorporate this new autonomous technology in Miami and received a very good and open response to the idea,” he said.

As a result, two sets of autonomous vehicles have been introduced to Miami’s streets within the past couple of weeks.

“The first set of vehicles, which were developed in partnership with Argo AI, a software company based out of Pittsburgh, PA,” he said, “was deployed two weeks ago to map the local streets to get a better feel for the local laws and unique driving habits of residents.”

The second set of vehicles, he said, would be focused on working with local partners such as Domino’s and Postmates in a delivery capacity.

“Our Domino’s pilot is already up and running,” he said, “and we’re finalizing plans to launch a pilot program with Postmates in March.”

As for where and how these autonomous self-driving vehicles will be housed, maintained and cleaned, Mr. Marakby said, “we already have our first autonomous vehicle operations terminal on the ground in the Wynwood area and are looking to hire local people to come in and work with us to maintain the cars.”

As for how many of these self-driving cars are currently on the road in Miami, he said, “right now there are a handful of cars currently operating in the city.”

“We are not so much as focused on the specific amount of cars on the road at this moment,” he said, “but are more focused on learning what implementing this type of technology in a city like Miami is like.”

However, he said, “As the months go by you will definitely begin to notice more autonomous cars on the road.”

“We are excited to be in Miami,” Mr. Marakby said, “and feel that this new technology could be a possible solution to Miami’s current traffic congestion problem, and are looking forward to learning the different ways this technology can be implemented in a city setting.”