Advertisement
The Newspaper for the Future of Miami
Connect with us:
Front Page » Communities » Miami River Commission pushes to reopen Fort Dallas Park 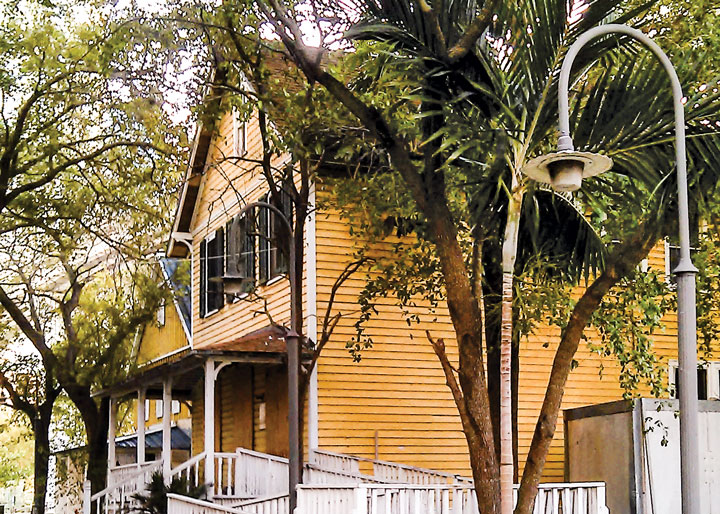 The Miami River Commission is continuing to push City of Miami officials to do whatever is necessary to get historic Fort Dallas Park reopened.

City officials have been working toward a restoration plan for the house, also known as Palm Cottage, and are in the process of writing a new request for proposals that might invite private developers to submit proposals for a public-private partnership to manage the prime riverfront land.

After hearing a status report on the city’s efforts Monday, the river commission unanimously approved a motion recommending the city request proposals for a restaurant in Fort Dallas Park subject to these conditions:

■No reduction of the size of the existing public riverwalk and public side yard, which provides access to the riverwalk.

■Expedite the process to re-open and re-activate this important and historic riverfront park.

■If no bids or proposals are received again to this site’s third consecutive request for proposals, then restore the historic house, improve the property and re-open the entire Fort Dallas Park.

Brett Bibeau, river commission managing director, was to present the vote and conditions in a letter to the city’s Historic and Environmental Preservation Board, which planned to discuss the historic property Tuesday.

Warren Adams, the city’s new historic preservation officer, told river commission members that he and the preservation board will be involved in the request for proposals process.

Mr. Adams said his department welcomes appropriate development of the park – a use that works well with a restored historical structure.

A main goal is to reopen the house and views to the river, he said.

For many years, seafood restaurant Bijan’s operated from a commercial building under a lease with the city. Litigation and allegations of unpaid rent ensued and the eatery eventually closed. The legal fights are over but the park’s fate remains uncertain.

For the most part, the park has been blocked off and forgotten, attracting trash and the homeless. The river commission has pushed the city for years to clean up and improve the park for public use.

A previous request for letters of interest and a request for proposals from potential operators of the property attracted no responses.

Renewed interest in the riverfront venue was spurred on by an unsolicited proposal in June 2017 by a company calling itself Sanctus Spiritus Hospitality LLC.

The original unsolicited proposal came in a June 30 letter from Luis Esqueda to Daniel Rotenberg, director of the city’s Department of Real Estate and Asset Management.

That letter touted construction of a flagship restaurant with seating for at least 250, redevelopment of the historic house and capital improvements to the property.

By the time the unsolicited proposal reached the city commission for review in October, the offer had been modified somewhat but the basic idea remained.

In remarks to city commissioners Oct. 26, Ron Rick III said Sanctus Spiritus Hospitality wanted to clean up the site and redevelop it into “a modern urban city center” centered on a restaurant.

City commissioners generally liked the idea and voted to begin step one of a long process to review the proposal.

It was forwarded to these city boards for review and input: Historic and Environmental Preservation Board, Water Advisory Board, Miami River Commission and Miami Downtown Development Authority.

The process has resulted in city staff crafting a new formal request for proposals to redevelop the site, as the commission’s directive asked each board to consider what’s best for the property and weigh in on a scoring system for prospective developers or partners.

If commissioners accept a plan to redevelop the park, a vote of city residents may be required as well, because it’s city-owned waterfront property.

The park came up in recent talks about redevelopment of nearby city-owned riverfront that’s home to a Hyatt Regency hotel and the James L. Knight Convention Center. Hyatt has proposed a major redevelopment but wants a new lease and control of the convention center.

City Commissioner Ken Russell had suggested a master plan for the entire riverfront, including the hotel and convention site and Fort Dallas Park.

Hurricane Irma destroyed a city dock hugging the shore of the park. The city is seeking assistance from the Federal Emergency Management Agency to rebuild the dock.

River commission members learned Monday that the city is seeking a state grant to help build new dockage at the hotel and convention center property.