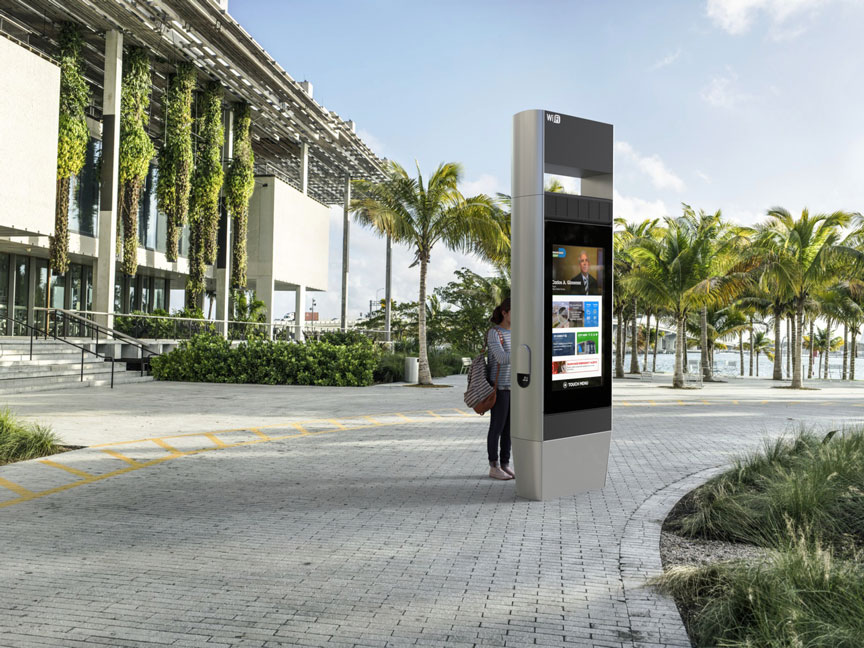 A year-old Miami-Dade initiative that had promised free transit Wi-Fi, hundreds of Wi-Fi-enabled kiosks and security cameras throughout the county has fallen apart.

The contract with CIVIQ Smartscapes LLC has terminated because the county couldn’t provide enough locations in which the company would install Wi-Fi kiosks.

“They sent me on Jan. 10 a notice of termination letter, on the fact that… we were supposed to be at the first 150 locations, and we were unable to do that,” said Angel Petisco, director of Miami-Dade’s Information Technology Department. “Subsequent to that, I sent them a letter acknowledging their termination request and the contract has fallen through at this point.”

The contract spelled out minimum and maximum numbers of devices to be produced, set timelines for when devices were to be released, and said that after a specific period if the parties couldn’t agree on locations, either could terminate the contract. Under this clause, CIVIQ Smartscapes was able to terminate without penalties.

Previously, the county had struck a deal for the company to install 150 to 300 touch-screen kiosks at no cost to the county. The company had also agreed to provide Wi-Fi on every Metrobus, Metrorail and Metromover, which totaled 1,099 devices, as well as install 51 kiosk-like devices that would keep riders up to date on arrivals and departures at certain stations. CIVIQ Smartscapes didn’t respond to multiple phone calls.

The county is now considering requesting proposals to see if other companies are interested in a deal similar to the original plan with CIVIQ Smartscapes.

The county hopes to have a proposal finished by the end of March, he said.

“At that point we would start looking to put it on the county agenda,” he said. “If things go the way they should time-wise, I would say somewhere around June we should have something in front of the board [of county commissioners] requesting solicitation for companies to respond to this.”

Mr. Petisco said the county still believes free transit Wi-Fi and the kiosks are important. “I think the original idea was it’s an excellent information source, not only for residents but also for visitors. It was also going to continue on the digital divide, so more folks would have access to the internet.”

Along with the kiosks as a source of day-to-day information, Mr. Petisco said the county had planned to use the network to update the public during hurricanes and to help the public through the use of security cameras in the kiosks.

“For example, if we had an Amber Alert or a Silver Alert, through those cameras we could help analytics find those people,” he said. “It still remains as a really good thing to do and we’ll give it another try.”