Advertisement
The Newspaper for the Future of Miami
Connect with us:
Front Page » Top Stories » Coconut Grove waterfront soon to get major remake 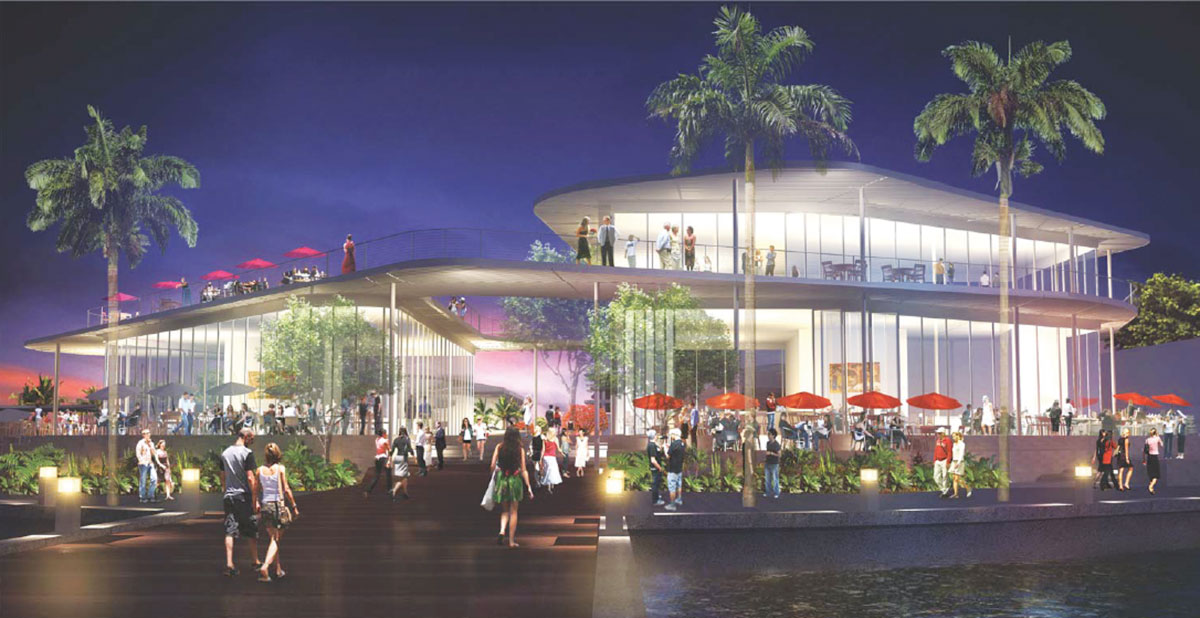 The Chart House restaurant, a fixture of the Coconut Grove waterfront for more than 30 years, is history and the long-awaited redevelopment of the site is scheduled to begin in just a few weeks.

Litigation caused years of delay for The Harbour project, and Hurricane Irma was the latest challenge to mess with the plans in September.

But once demolition workers were done with Irma clean-up, they assembled again on the waterfront late last year and tore down the long-closed restaurant in preparation for construction of the multi-million dollar mixed-use development from Grove Bay Hospitality Group.

Company co-founder and CEO Ignacio Garcia-Menocal said this week the project is ready to go.

“We will begin construction on the site right after Coconut Grove Arts Festival,” he said. The festival runs Feb. 17-19 and typically fills the waterfront with thousands of artists, craftsmen and art patrons.

The Harbour is to include two upscale chef-driven restaurants, an expansive and elevated indoor/outdoor event space overlooking Biscayne Bay, a casual outdoor restaurant with an entertainment area, a marina with 400 boat slips, a public baywalk with new floating docks and finger piers, retail shops geared to serve the marine community and local neighborhood needs, and a public mini-park.

The plan is to remake the waterfront in an area that for years was home to Scotty’s Landing and The Chart House restaurants.

In the summer of 2013, the Miami City Commission agreed to lease about 7 waterfront acres to Grove Bay Investment Group LLC for $1.8 million annually upon completion, and the commitment to invest millions for privately-funded improvements to redevelop a marina, construct restaurants, improve the baywalk, fund part of the parking garage and make other improvements.

City voters approved the plan in November 2013. Litigation stalled the project for more than two years.

The public-private project to redevelop the city-owned waterfront north and east of Miami City Hall includes the realignment of Charthouse Drive to open up views of Biscayne Bay.

A major component of The Harbour will be Grove Bay Garage, built and operated by the Miami Parking Authority, under the control of the city’s Off-Street Parking Board.

The Grove Bay group is contributing $4 million toward construction of the garage.

The public parking facility was redesigned, after bids came in more than double what was expected.

One major change will lower it from three levels to two, according to Authority CEO Art Noriega. Even with one less level, Mr. Noriega said, interior changes should result in about the same number of parking spaces: 333.

The garage will be framed by ground floor retail spaces.

The parking board in December authorized Mr. Noriega to execute a construction service agreement with Munilla Construction Management (MCM) to build the facility at a cost up to $13.7 million.