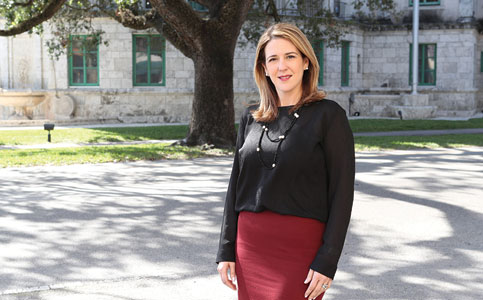 For Miriam Soler Ramos, the most interesting aspect of her job as City Attorney for Coral Gables is the variety of work. Within a day she and her staff transition in up to 10 different areas of law.

From a legislative standpoint, Ms. Ramos said, the main legal issue Coral Gables faces is the attack on home rule and preemption. She says she will guide the city toward handling this challenge by continuing to fight on all fronts, including vigorously in court and as a member of many organizations that have the same view of keeping local control.

The most challenging case Ms. Ramos has worked on in Coral Gables has been the attack on the city’s polystyrene ordinance, because she said it goes to the core of the concept of home rule.

She sits proudly on the Cuban American Bar Association and is one of the vice chairs of the Diversity and Inclusion Committee for the Florida Bar.

Miami Today reporter Susan Danseyar interviewed Ms. Ramos in her City Hall office. The interview was recorded by Jahmoukie Dayle, and can be found at http://bit.ly/2uNHy0Q.