Advertisement
The Newspaper for the Future of Miami
Connect with us:
Front Page » Top Stories » Tax reduction on pass-through companies to have big impact

Tax reduction on pass-through companies to have big impact 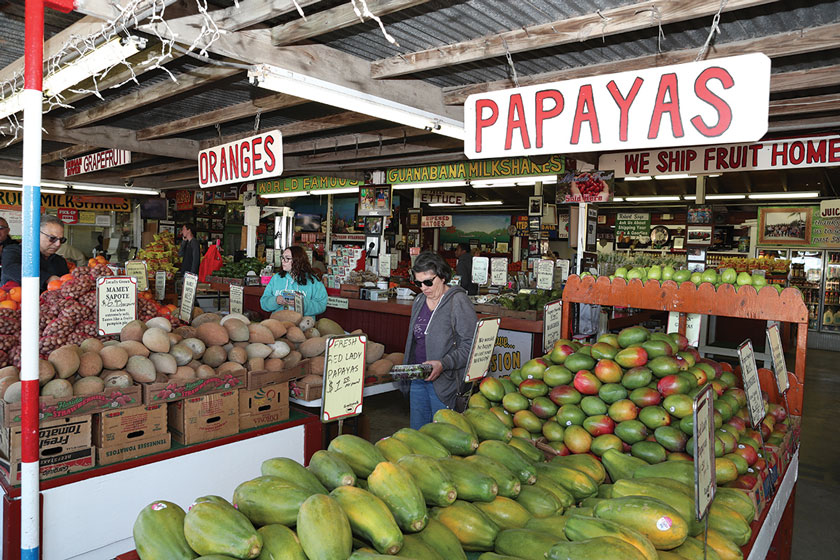 Tax experts and individual business owners welcome the income tax reduction on pass-through companies that’s starting this year. Despite its complexities, the change is expected to help area business owners in 2018.

Miguel Farra, chairman of tax and accounting at accounting and advisory firm MBAF, warns business owners that the new law’s income reduction is not automatic.

“You have to qualify for it,” Mr. Farra said. “There’s a small calculation that you have to do, which is a 20% reduction. However, the reduction is one of two things – either 50% of wages or 25% of wages plus 2½% of your property and equipment.”

The new deduction reducing the tax burden on pass-through companies allows people with pass-through income to deduct 20% of that income from their taxes.

But each company is its own unique case and the deduction rests on the organization’s characteristics, such as whether, for example, it pays wages, Mr. Farra said. The law also looks at each couple’s income. As a general rule, all pass-through entities and s-corporations will benefit from the new tax deduction.

Some industries will benefit more than others. Operating businesses, including real estate owners, should see some benefits. On the other hand, Mr. Farra said, service industries remain exempt. Accountants, doctors and lawyers, for example, do not qualify for the deduction.

Local businesses and foreign companies continue to express their interest in expanding their establishments in South Florida. Mr. Farra said of his clients, “Some of them are very much in favor of it. The tax reduction theoretically can be used to expand businesses, more working capital, growth and employment.”

One particular client of his based in South America plans to expand existing operations in Miami-Dade County, Mr. Farra said.

“The lower corporate tax rate is creating a better environment for companies to migrate into South Florida and the United States,” Mr. Farra said. “It could also produce additional revenues for the state, because most pass-through entities in the system we have now do not pay a Florida income tax. If you have a c-corporation that’s paying the 21% tax, those companies will also pay a Florida income tax because the income tax that we have in the State of Florida only applies to c-corporations, not pass-through entities.”

He expects companies and individuals based in the North to flock to cities in Florida, especially Miami. Professor Salazar-Carrillo thinks that the low tax rate in Florida will attract businesses seeking an even larger discount.

Nick Jovanovich, a partner at law firm Berger Singerman, admits the flaws and strengths of the new policy. He said that although this remains one of the most complex tax policies he’s seen, he believes the 20% deduction for pass-through entities will benefit many businesses.

“That 20% deduction or exclusion is a real benefit,” Mr. Jovanovich said. “It’s a benefit that we didn’t have before. So you have an s-corporation, you have partnerships, you have pass-through incomes and in the old days that income was taxed at your ordinary rate, which results at 39.6%.

“Now, your rate’s gone down to 37% and you can potentially exclude 20%. That brings your maximum effective rate down to 29.6%. That is a wonderful deal.”

While the benefits may help local business owners now, Mr. Jovanovich noted that this tax revision only lasts until 2025, when the changes regarding reductions will dissolve.

Some business owners already have in mind where they plan to invest their income tax savings. The owners of the fruit marketplace Robert Is Here said that the few thousands will help their business get back on its feet after Hurricane Irma.

Robert and Tracey Moehling said that the natural disaster destroyed the majority of their groves, which stand within a mile of their location at 19200 SW 344th St.

“All of my crops are mostly in groves,” Mr. Moehling said. “They got stripped to their sole. The ones that came out of the ground we had to cut them off about 8 feet and replant them. Hopefully, they’ll grow again roots at three to five years.”

Each grove spans 6 to 8 acres and already required the couple to invest over $100,000 on reparations.

Mrs. Moehling sees the tax reduction as a silver lining.

“We will be able to help ourselves get out of a horrible situation that was caused by Mother Nature,”  she said. “Some businesses may be able to turn it around and maybe pay their employees a little bit more or expand or update equipment.”

The tax change is expected to provide benefits to the majority of business owners. Mr. Farra said,