Advertisement
The Newspaper for the Future of Miami
Connect with us:
Front Page » Arts & Culture » Coconut Grove Playhouse script gets major rewrite 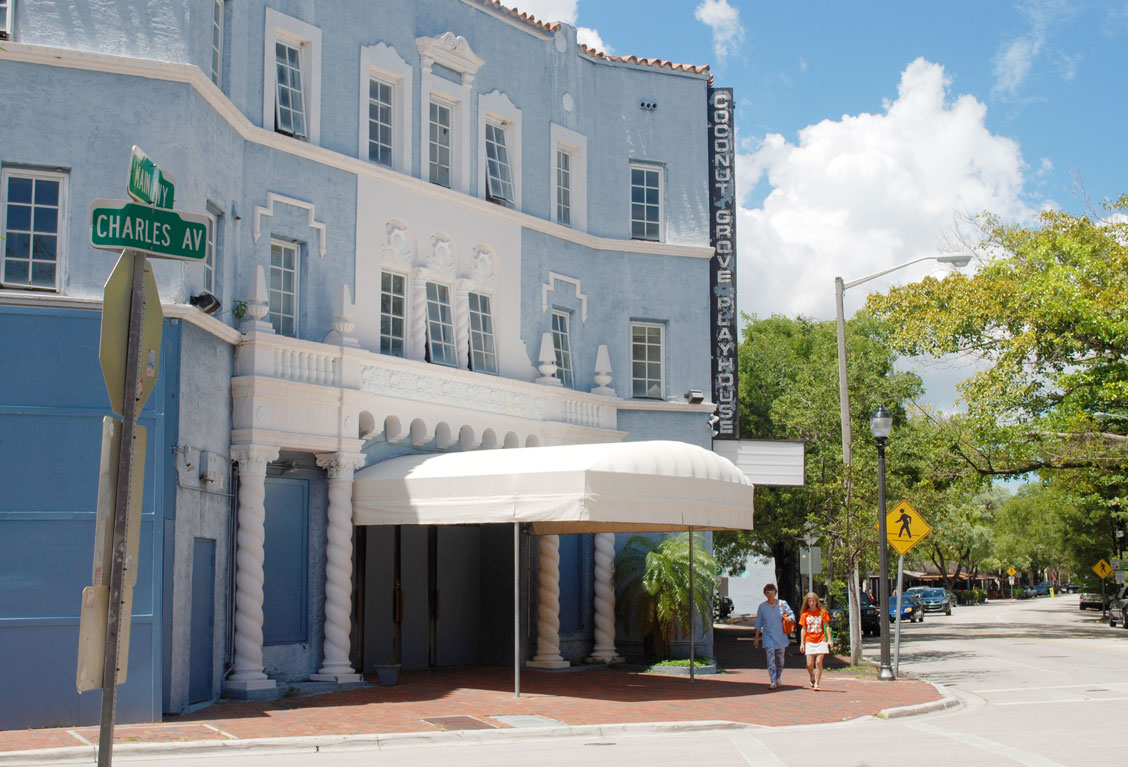 The script has been rewritten again in the seemingly endless drama over the fate of the closed and dilapidated Coconut Grove Playhouse.

The latest plot twist has a Miami-Dade commissioner rejecting the idea of allowing a third party time to raise enough cash to rebuild a large theater.

The state owns the cavernous and historic playhouse and has leased it to the county and Florida International University.

The county’s approved plan to restore the property includes a new 300-seat theater to be operated and programmed by GableStage Inc.

County Commissioner Xavier Suarez sponsored a resolution that would have unraveled the county’s approved plan for the theater, calling for the termination of the operating agreement with GableStage and negotiating a new deal with a non-profit foundation, while advancing a plan with hundreds of additional seats.

After a Nov. 30 town hall meeting on the playhouse, Mr. Suarez made a formal statement backing the efforts of arts supporter and attorney Mike Eidson to raise funds to save the entire structure and build a larger theater, and a resolution giving private-sector philanthropists headed by Mr. Eidson up to 90 days to secure the needed money.

Save the Coconut Grove Playhouse, the preservationists fighting to save the entire structure – including the 1,100-seat auditorium – were celebrating.

But a mid-December meeting was not held and no vote was taken on that resolution.

A new resolution sponsored by Mr. Suarez was prepared, the one that would have terminated the GableStage operating agreement, and it was scheduled for consideration at a Jan. 18 meeting of the Miami-Dade Parks and Cultural Affairs Committee. But it was withdrawn from the agenda.

Two days before the meeting, Mr. Suarez announced in a press release a new statement on the fate of the playhouse.

Mr. Suarez said he now believes waiting for a third party to raise millions is no longer worth considering.

“Counting on an infusion of substantial private funds, as was done for the Performing Arts Center, is not an option that merits further consideration at this time,” Mr. Suarez said. “The reasons are many, but the main reason is that there is no consensus on the need or feasibility of a much-larger theater, as proposed by Mike Eidson and his group. I thank, in that connection, Chairman Esteban Bovo for his willingness to have two Sunshine meetings in which this possibility was discussed.”

“And I also thank Mike Eidson for his generosity,” Mr. Suarez said. “If we do indeed accomplish the restoration of the Playhouse to what is the classic size of a ‘regional theater’ (approximately 500 seats) and not merely a mini-theater that feeds on commercial, housing and parking revenues for its capital and operating needs, it will be in great part due to his untiring efforts to lead us in that direction.”

In the opening of his Jan. 16 statement, Mr. Suarez said he has shepherded the Coconut Grove Playhouse for six years and is happy that most of the elements of a restoration are agreed upon.

“The site plan designed by the architectural firm, in conjunction with the preservation consultant, is almost exactly what I am ready to recommend to the commission – except only for a more complete restoration of the middle part of the historical theater (technically the proscenium arch),” his statement reads.

“In that regard, I believe the Heisenbottle design, which seeks to preserve the proscenium arch, is a desirable modification of the Arquitectónica/Jorge Hernandez design,” he added.

Mr. Suarez said he’s recommended to the Miami Parking Authority to reduce the height and mass of the proposed parking facility so it doesn’t overwhelm the theater.

“All of the above can hopefully be achieved with a theater whose capacity is in the range of 450-550 [seats], which [County] Mayor [Carlos] Giménez has endorsed – assuming the capital funds are available,” Mr. Suarez said. “On that issue, we now have a tender offer from City of Miami officials, including Mayor Francis Suarez that would add as much as $10 million to the capital funding. There are also indications that the Grove’s Business Improvement District (BID), headed by [City] Commissioner Ken Russell, will contribute to the capital funding.”

The Save the Coconut Grove Playhouse group was particularly upset by the latest from Mr. Suarez, calling it “a shameful, stunning turn of events” on its Facebook page.

The county has $20 million in approved bond funding to revive the theater, which has sat deteriorating since it shut down in 2006 after financial troubles. Mr. Eidson’s plan has an estimated $45 million cost.

On Dec. 14, the Miami City Commission voted 3-2 in favor of a motion from Mr. Russell giving Mr. Eidson 100 days to come up with enough additional cash to build two theaters at the site on Main Highway; a 700-seat venue for major productions and a small companion theater.

The city doesn’t own the theater or the land. City government’s involvement is limited to zoning and land use rules, and historic preservation.

The vote came after city commissioners heard an appeal of the city’s Historic and Environmental Preservation Board’s April 4 decision granting a special certificate of appropriateness for the partial demolition of the playhouse.

Mr. Russell included several conditions to the Dec. 14 motion, including that “the owners and agents are to preserve the entire playhouse structure. At a minimum, the exterior shell of the theater, along with the decorative features mentioned, should be preserved for the community, patrons, and for future generations….”

One Response to Coconut Grove Playhouse script gets major rewrite