Advertisement
The Newspaper for the Future of Miami
Connect with us:
Front Page » Government » City targets Watson Island land for future monetization 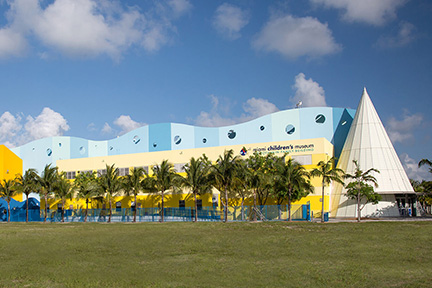 A request by the Miami Children’s Museum for more city-owned land on Watson Island so it can expand has met with some skepticism and opposition.

The museum is asking for 26,599 more square feet on its southwest side to expand program space and provide a new entrance.

The city commission would have to approve the land transfer, and the matter might end up on a ballot for residents to decide.

This revisiting of the museum’s agreement with the city has led some commissioners to reexamine uses that prior city leaders allowed to gain a foothold on what is arguably the city’s most valuable real estate – and what different uses might bring the city fresh revenue.

Newly-elected Joe Carollo suggested a new restaurant could succeed on the island. “We need to start looking for revenue streams,” he said.

Newly-elected Manolo Reyes agreed with Mr. Carollo and said the city isn’t getting as much revenue as it should from the barrier island, which it owns. Portions fall under control of the Miami Sports and Exhibition Authority (MSEA), which is appointed by and answers to the city commission.

If approved, the resolution would have required the city manager to return to the commission with an action plan for the property transfer.

In the end, no vote was taken but commissioners did direct manager Emilio González to examine the museum lease and all related matters, and a separate request from the museum to clean up an adjacent trashed lawn area and maintain it as a park.

Regarding the museum’s request for more land, Mr. Carollo said, “We’re not doing ourselves any good by giving away a half-acre … for free.”

Later he returned to that theme, saying the city has enormous financial responsibilities and “we can no longer give prime property away.”

Commission Chairman Keon Hardemon agreed the island is ripe for other money-making ventures, saying, “We have to create some revenue.”

Later, Mr. Hardemon said, “I want to look at other ways to monetize that space.”

Complicating a view of the island’s future are several ‘what if’ clouds looming, including planned improvements to Jungle Island that include a hotel, and redevelopment of a seaplane and heliport business.

The biggest unknown with potentially the largest impact is the final result of a multi-million-dollar lawsuit that Flagstone Island Gardens LLC filed against the city after the commission found the developer in default of a ground lease of island property, determining little to none of the upland portion of a planned mixed-use mega resort had been built. A deep harbor marina was completed in 2016.