Advertisement
The Newspaper for the Future of Miami
Connect with us:
Front Page » Business & Finance » Mount Sinai Medical Center to finish expansion this year 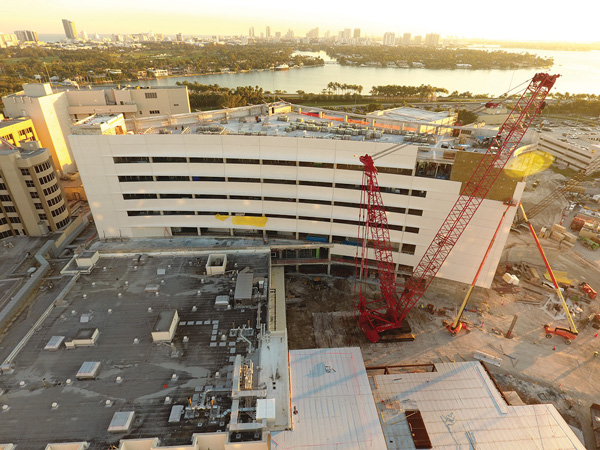 Mount Sinai Medical Center, which broke ground in late 2016 on a $275 million expansion plan to include a new surgical tower and emergency department to its Miami Beach campus, anticipates completing construction by year’s end, according to Chief Executive Officer Steven Sonenreich.

As a result, he said, “With the addition of the surgical tower, emergency department, and power plant, which was added a couple years ago, we have created in essence a hurricane/storm proof medical center.”

In addition to the recent additions to Mount Sinai’s Miami Beach campus, Mr. Sonenreich said, “We also plan to open an emergency department with 24 bays in Hialeah.”

“The 63,000 square foot building,” he said, “will sit on four acres of property and will be located right off the Palmetto Expressway and south of Palmetto General Hospital at 6050 W 20th Ave., Hialeah.”

“The first floor of the building will be the emergency department and the second and third floors will have physician and clinical office spaces and offer other diagnostic services,” Mr. Sonenreich said. “In regards to staffing, we are looking at hiring approximately 100 employees and 15 to 20 board-certified physicians.”

As for whether both projects have stayed on time and on budget, Mr. Sonenreich said, “As of right now, everything is being completed on time and is on budget.”

“We are looking forward,” he said, “to opening our newest buildings, welcoming new patients and serving the community as a whole.”