Advertisement
The Newspaper for the Future of Miami
Connect with us:
Front Page » Top Stories » Tri-Rail targets adding positive train control for safety 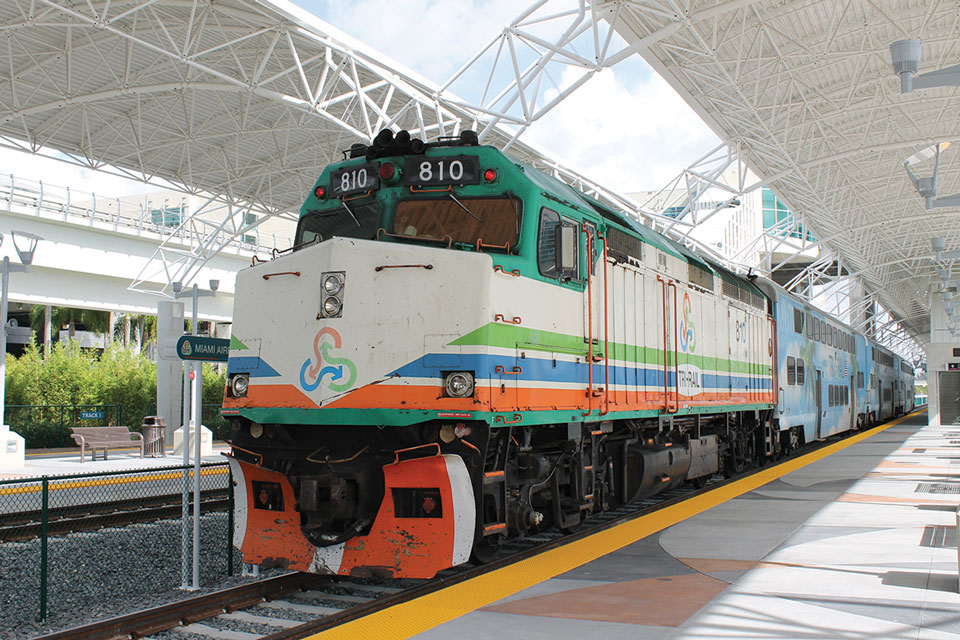 As Tri-Rail works toward rolling into Miami Central Station, its parent South Florida Regional Transportation Authority is focusing its efforts on adding positive train control so that all Tri-Rail trains can safely run into Miami within nine months of All Aboard Florida’s Brightline train service debut, according to authority Executive Director Jack Stephens.

“Once All Aboard Florida’s Brightline makes its way to Miami Central Station,” he said, “we will have nine months to be completely up and running.”

However, he said, “until then we will be focusing all of our efforts on implementing positive train control (PTC) within all Tri-Rail trains, which is essentially an advanced system that is designed to automatically stop a train before certain accidents occur.”

As a result, he said, the system will work toward specifically preventing train-to-train collisions, derailments caused by excessive train speed, train movements through misaligned track switches and unauthorized train entry into work zones.

The all-in cost of implementing PTC, Mr. Stephens said, will be around $64.3 million.

“Right now there is a deadline put in place by Congress to have PTC up and operational by Dec. 21, 2018,” Mr. Stephens said,  “or you need to have a plan in place that is approved by the Federal Railroad Administration stating how you plan to implement PTC while maintaining regular operations.”

“Our goal moving forward,” he said, “is to stay on schedule as much as possible while making all Tri-Rail trains accessible, safe and up to par with all the necessary requirements.”

As for running Tri-Rail trains into Miami Central Station, Mr. Stephens said, “according to recent reports, Brightline is preparing to launch its introductory passenger rail service between West Palm Beach and Fort Lauderdale the week of Jan. 8, so let’s see what happens.”

“As Brightline continues to focus on their issues,” he said, “we will continue to focus our efforts on implementing PTC, which is a big issue for all commuter and freight systems in the US.”