Advertisement
The Newspaper for the Future of Miami
Connect with us:
Front Page » Transportation » Brightline startup potential: 4,800 passengers a day 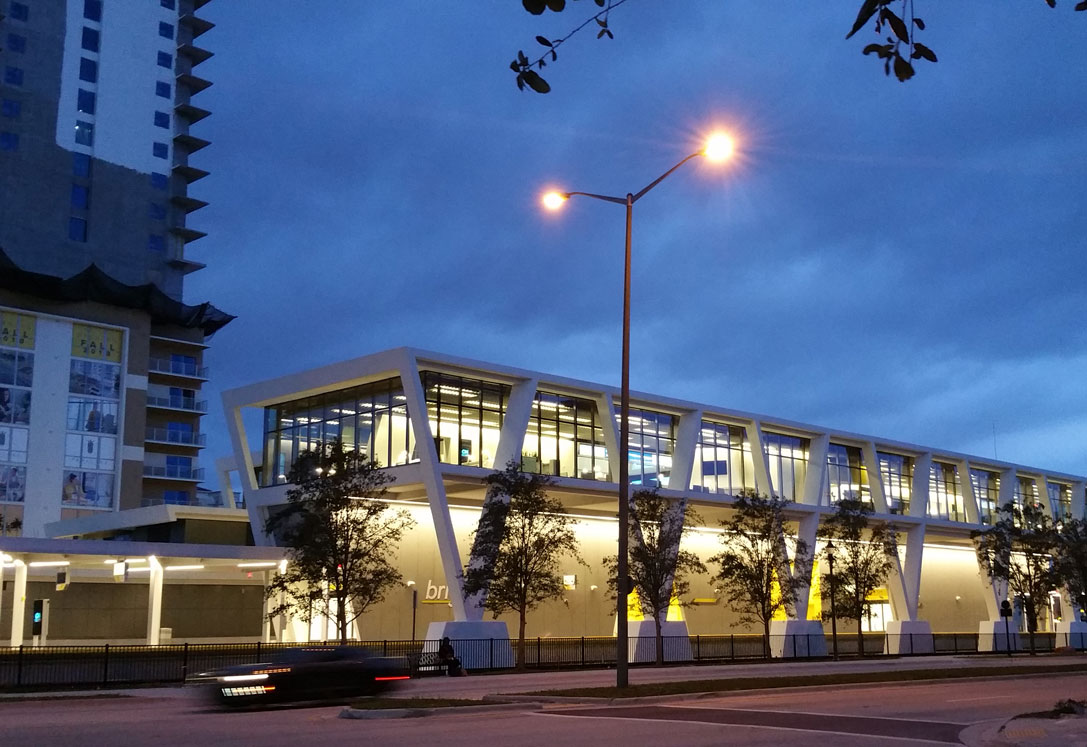 Startup Brightline rail service to link Fort Lauderdale with West Palm Beach is to begin sometime next week with 10 northbound and 10 southbound trips daily – the potential to carry 4,800 persons each day if all seats on the 240-passenger trains are filled.

Three of the company’s five trainsets will be in use, a spokesperson said.

The exact date to start the long-delayed service still hasn’t been announced, nor have fares. Service is to be daily after startup, the spokesperson said. “Brightline will launch our new website and mobile app with schedules and ticket prices a few days before we begin service,” she said.

Extension of train runs into Miami is still to be “in early 2018,” she said, with no specifics. “More information will be provided as construction progresses,” she said.

Days earlier, the company said it still didn’t have federal permission to start service, but the spokesperson said Friday that “Brightline has all federal permits needed to operate Phase 1.”

The eventual plan – announced with great fanfare when the new rail line was first revealed – is a rail link between Miami and Orlando. The announced aim of the privately owned line was to carry primarily tourists between the two cities, not to served as a commuter line between Miami and West Palm Beach, a route that is already served by publicly operated Tri-Rail.

Brightline’s parent All Aboard Florida announced two weeks ago that the US Department of Transportation had approved a $1.15 billion private activity bond allocation and that the railroad had secured the final two South Florida Water Management District permits needed to complete the segment of the line between Orlando and Cocoa in Brevard County.

That announcement said construction on the Orlando-West Palm Beach segment is to begin “in early 2018.”

Also two weeks ago, the company closed on a $600 million bond issue by the Florida Development Finance Corp. on behalf of the line’s owners. Fitch Ratings, which was hired by All Aboard Florida to rate the bonds, initially rated the bonds BB-.

Fitch said the bonds’ relatively low rating “reflects Brightline’s standing as a new-market, US luxury rail project that exhibits uncertain demand and revenue generation potential.” The service also pointed to the uncertain nature of the market’s “willingness to pay” for the luxury rail as opposed to use of passenger cars.

The pro forma presented by All Aboard Florida to Fitch shows that the company assumes Brightline can break even if stabilized ridership falls 44% lower than projected. The rail line projected a three-year ramp-up period before riders stabilize at 2.9 million per year in 2020, starting at 1.1 million in 2018 and increasing to about 2.3 million in 2019.

The Fitch report said that at full operation, Brightline planned for 16 hourly round-trips daily on the line from early morning to late evening between Miami and West Palm Beach.