Advertisement
The Newspaper for the Future of Miami
Connect with us:
Front Page » Transportation » Miami-Dade transit takes worst plunge in use ever

Miami-Dade transit takes worst plunge in use ever 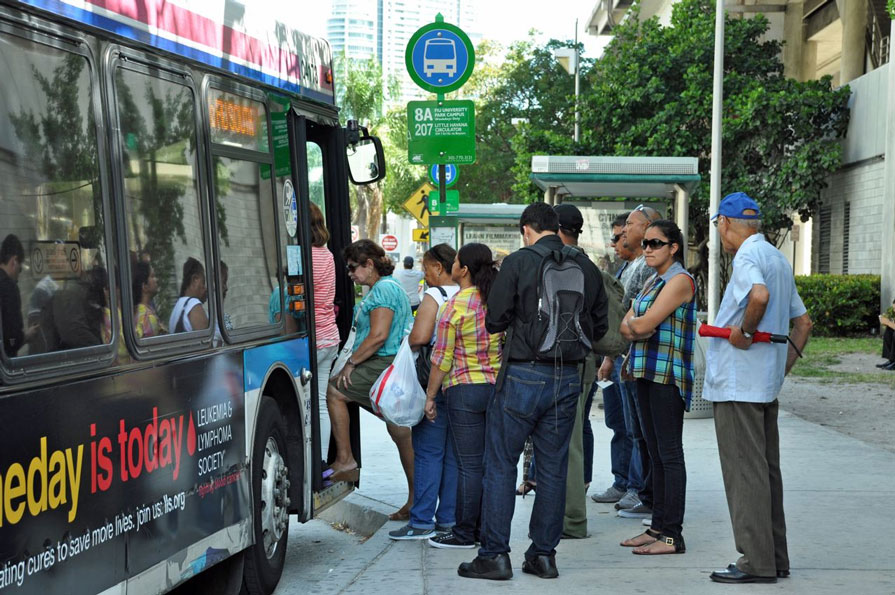 Miami-Dade’s beleaguered transit system took its worst plunge in use ever in the past fiscal year, new figures reveal.

Ridership among all four transit modes declined a combined 9.6% as almost one in every 10 riders disappeared.

Declines hit across the board, though the drop in bus passengers, the largest single group of transit riders with 58 million yearly trips, was greatest, at 11%,

The figures through Sept. 30 appear in the Department of Transportation and Public Works’ just-released monthly Ridership Technical Report, which as usual provides no analysis. Officials did not issue a formal statement.

But bottom lines by fiscal year show the passenger exit increasing in intensity just as the county is promoting plans for six new legs of mass transit in its multi-billion-dollar Smart plan and shortly after the first new Metrorail train since the system opened in the 1980s was placed into service amid fanfare.

Total ridership on all legs of the system, including Special Transportation Services for wheelchairs, fell below 90 million last year, to 89.08 million rides. In fiscal 2013 it was 110.7 million rides.

Paradoxically, as transit use has fallen, anxiety about traffic congestion and desire for added transportation options have risen as transportation has become the community’s most vocal concern.