Advertisement
The Newspaper for the Future of Miami
Connect with us:
Front Page » Profile » Manolo Reyes: Educator/economist joins commission after seven tries 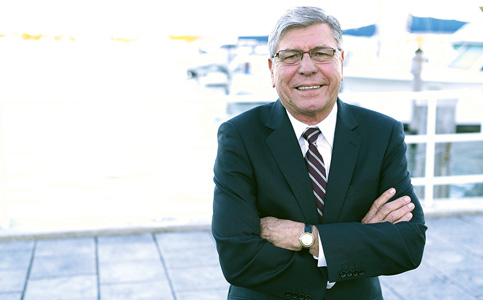 Manolo Reyes hasn’t been a Miami city commissioner very long but with the help of an excellent staff has hit the ground running. He was up to date on all agenda items for his first meeting, able to participate, tell his opinion, how he felt about the issues and even tried to bring some of his issues into perspective just one day after being sworn in.

His main campaign promise was to bring efficiency to city government and not only in District 4. Mr. Reyes said he’ll try to bring improvement in city government so that tax dollars are used efficiently and effectively because government has to be efficient, effective, accountable and transparent.

Mr. Reyes teaches math and economics at Westland Hialeah Senior High, where he leads its FIU dual enrollment program in economics. He’s committed to finishing the year with his students.

Miami Today reporter Susan Danseyar interviewed Mr. Reyes in his City Hall office. The interview was recorded by Jahmoukie Dayle, and can be found at http://bit.ly/2uNHy0Q.