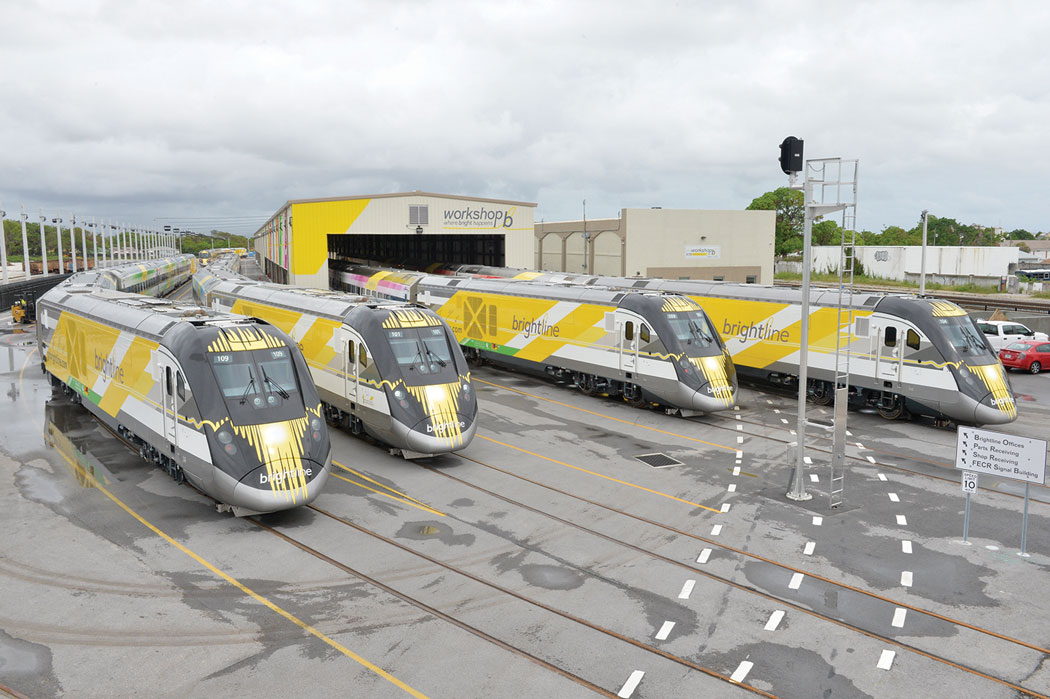 The startup luxury Brightline rail service to link Miami with West Palm Beach is still standing in the station, the company announced Friday.

In a news release, the company says it still doesn’t have federal permission to start service.

“The company continues working toward operational readiness with the Federal Railroad Administration for the launch of introductory service between West Palm Beach and Fort Lauderdale and will release details soon,” the rail line said in a final sentence at the end of a press release announcing a bond allocation and water permits for a later part of the new rail line.

Announcements continue to put off the start of service, which was to have come months ago.

The eventual plan is a rail link between Miami and Orlando. The first leg is now to be from Fort Lauderdale to West Palm Beach, where simulated service began this month without passengers, later tying in Miami. Then a major second phase to Orlando is to begin.

Last week, the Florida Development Finance Corp. cancelled an emergency meeting that had been called to approve $1.15 billion of private activity bonds for the company’s parent, All Aboard Florida, for the passenger train project. “The meeting has been cancelled in light of the tax reform package that was approved,” said Bill Spivey, the finance corporation’s executive secretary, referring to congressional agreement to preserve the tax status of private activity bonds.

Those bonds were to finance construction on the leg of the rail line from West Palm Beach to Orlando.

The Florida Development Finance Corp. is a financing unit created in 1993 to help businesses and nonprofit groups finance capital projects that promote economic development. The finance corporation is a conduit, issuing the bonds on behalf of the borrowers.

All Aboard Florida announced Friday that the US Department of Transportation had approved the $1.15 billion private activity bond allocation, and that the railroad had secured the final two South Florida Water Management District permits needed to complete the segment of the line between Orlando and Cocoa in Brevard County.

That announcement said construction on the Orlando-West Palm Beach segment is to begin “in early 2018.”

“In another major step forward for Brightline’s Phase 2 extension to Orlando, [the US Department of Transportation] approved a $1.15 billion private activity bond allocation,” said Dave Howard, Brightlone’s CEO, in the press release. “After a successful $600 million [private activity bond] closing this week, we are pleased to have this financing option available.”

The $600 million bond issue received a non-investment grade rating on revenue bonds issued by the Florida Development Finance Corp. on behalf of the line’s owners. Fitch Ratings, which was hired by owner All Aboard Florida to rate the bonds, initially rated the bonds BB-, contingent on the final pricing of the bonds.

Fitch said the bonds’ relatively low grade “reflects Brightline’s standing as a new-market, US luxury rail project that exhibits uncertain demand and revenue generation potential.” The service also pointed to the uncertain nature of the market’s “willingness to pay” for the luxury rail as opposed to use of passenger cars.

The pro forma presented by the company to Fitch shows that under the company’s assumptions Brightline can break even if stabilized ridership falls 44% lower than projected. The rail line projected a three-year ramp-up period before riders stabilize at 2.9 million per year in 2020, starting at 1.1 million in 2018 and increasing to about 2.3 million in 2019.

Fitch noted that the fare structure for the rail line is to change with demand, time of day and day of the week. It provided no hint of what those fares might be, and in the past Mr. Howard has said only that fares would be heavily discounted at the outset.

The backbone of the rail service is the old Henry Flagler route for the Florida East Coast Railway, with major real estate developments in downtown Miami just west of the courthouse on Flagler Street, in Fort Lauderdale and in West Palm Beach.

Real estate costs and revenues are not part of the Brightline borrowing scenario from Fitch.

The Fitch report did say that at full operation, Brightline continued to plan for 16 hourly round-trips daily on the line from early morning to late evening between Miami and West Palm Beach.

“Brightline is still analyzing all financing options for Phase 2, including a Railroad Rehabilitation and Improvement Financing loan,” the company’s statement Friday said. “With all federal approvals in place, Brightline is finalizing the engineering and design for the rail infrastructure.”

Also, the company said, “Brightline is working on the installation of a new signal system and Positive Train Control (PTC) for the entire system between Miami and Orlando. PTC will be in place between Miami and West Palm Beach in 2018 and will be operational along the entire 235-mile route when the extension to Orlando opens.”