Advertisement
The Newspaper for the Future of Miami
Connect with us:
Front Page » Top Stories » University of Miami hatchery learns to grow large quantities of mahi mahi 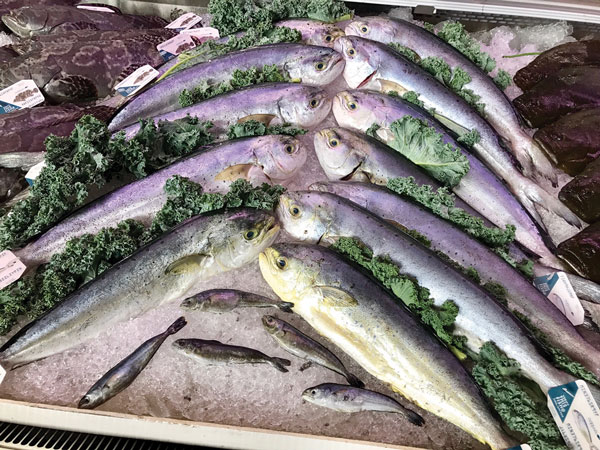 The University of Miami’s aquaculture program and hatchery on Virginia Key, which is capable of supporting a wide range of research projects concurrently, has successfully found a way to grow large amounts of mahi mahi in a short time but is still looking for a sustainable way to commercially farm the aggressive fish species.

“We have reached the technological level of easily producing mahi mahi within the span of three months,” said Daniel Benetti, professor and director of Aquaculture at the Rosenstiel School of Marine and Atmospheric Science. “However, the next phase, which would be considered the commercial phase, is not quite there yet.”

One reason, he said, is the aggressiveness of the species.

“Mahi Mahi are not domesticated fish,” he said, “In principle they are not evolved to be cultured. However, we are working with the New York-based company Aqquua LLC to bring our technology to commercialization with olive or Japanese flounder, mahi, blackfin tuna, yellowfin tuna, in collaboration with the Inter-American Tropical Tuna Commission and, also with support from NOAA, on red snapper, Nassau grouper and hogfish.”

“Our work with cobia,” he said “continues with funding from a research agreement with Open Blue Sea Farms, a Panama-based commercial fish farm.”

As for current possibilities regarding mahi mahi, he said, “we have found a lot of success in growing the fish to canning and plate sizes instead of growing them to full size, which ranges between 6 to 8 pounds.”

The reason, he told Miami Today, is that “the larger the fish grows, the higher the mortality rates are, so for now we have been growing the mahi at smaller sizes, which allows for individuals to completely consume the fish instead of just eating the fillet and throwing out the rest of the fish.”

Overall, Mr. Benetti, said, “we have mastered the technology needed to spawn and raise tens of thousands of juvenile mahi mahi, however raising them to commercial size has been our main challenge.”

“Aquaculture is not just about raising fish for food consumption,” he said. “It is also about sustaining and conserving fish species, which we hope to continue doing with the mahi and the other fish species within the aquaculture program and hatchery.”

“At the end of the day,” he told Miami Today, “it is all about conserving and sustaining these species as much as possible, while educating the public about the facts and benefits of aquaculture.”