Advertisement
The Newspaper for the Future of Miami
Connect with us:
Front Page » Education » Ransom Everglades School expanding in a big way 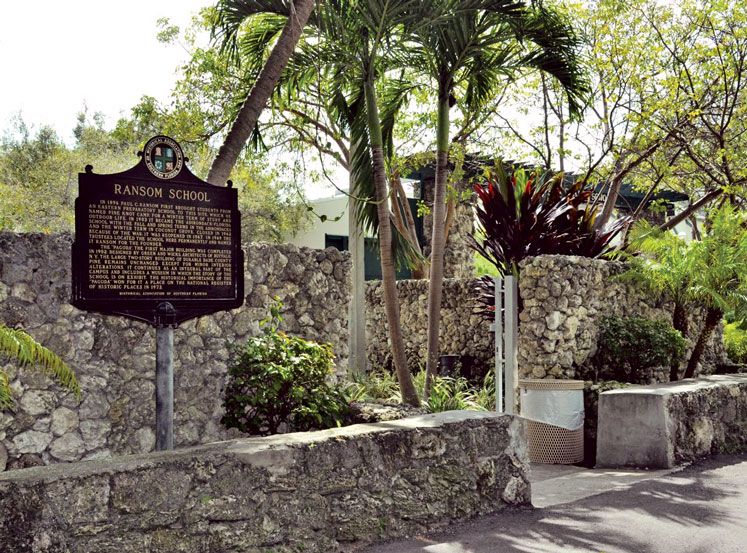 Ransom Everglades School in Coconut Grove is expanding in a big way.

The latest plan will expand the Upper School campus by nearly 7 acres by adding adjacent property known as La Brisa, purchased in 2016.

School officials are seeking approval from the City of Miami for an amended Special Area Plan or SAP for Upper School at 3575 Main Highway, and an amended development agreement with the city.

The city commission on Dec. 14 unanimously approved both zoning items after a first reading. A final vote is expected in January.

School officials had hoped to be further along in the process but concerns voiced by neighboring homeowners this summer led to a delay of several months. A hearing was scheduled on the expansion plan for July 31 before the city’s Planning, Zoning and Appeals Board, but neighbors were successful in their plea to put off a decision for at least two months.

At a meeting Oct. 18 the board recommended approval of the two items.

The school last expanded the Upper School campus about three years ago. A master plan submitted then called for removal of seven buildings and construction of three new buildings.

Founded in 1903, Ransom Everglades is a coeducational, college preparatory school for grades 6-12. The Middle School at 2045 S Bayshore Drive is for grades 6 through 8. The Upper School is for grades 9 through 12.

The latest expansion plan will amend the Special Area Plan by:

Increasing maximum enrollment by 67 for a total of 726 students.

Increasing the surface parking lot by 31 spaces for a total of 241.

Attorney Amy Huber, representing Ransom, said the increase in students is expected to occur “very gradually” over the next 30 years. The additions to the faculty will occur as needed in response to the added students, she said.

The school is in Commissioner Ken Russell’s district, and he spoke in support of the expansion and the Special Area Plan.

Mr. Russell said that SAP has become a “bad word” to some in Miami, who believe developers who seek more density are using the designation to max out their properties. He said the Ransom SAP for the Upper School is a good example of how the zoning tool is supposed to be used, offering more flexibility in site layout and design.

Mr. Russell also thanked school officials and representatives for community outreach efforts and a willingness to continue to work with neighbors to address concerns including lighting, traffic, parking and more.

Neighboring property owners over the years have complained about traffic congestion on narrow and busy Main Highway.

In 2016, the school announced the purchase of the 6.9-acre La Brisa adjoining its Upper School campus. School officials said the purchase was made with the goal of improving educational spaces while respecting the land and extensive hammock.

The bayfront purchase, made possible through donations, reflects the school’s longstanding ties to Coconut Grove and its history, officials said.

The purchase will help the school to improve its facilities, add greenspace “and continue our long tradition of respecting, protecting and learning from the treasures of Old Florida and Miami’s precious coastal ecosystems,” school officials said then.

The price tag on the La Brisa property was just shy of $35 million.

The latest expansion plan went before the city’s Historic and Environmental Preservation Board in April.

The board approved a special certificate of appropriateness to amend the existing SAP for the Upper School, a locally designated historic site, which included several conditions:

Trees that are subject to be affected by developmental activity fall under requirements of the Tree Protection Ordinance.

Due to location within a high-probability Archaeological Conservation Zone, the school needed a Certificate to Dig prior to receipt of building permits.

All design had to assure continued preservation of The Pagoda, the Paul Ransom Cottage, and the specimen trees.

The school had to apply for local designation as an historic resource of the original Kiehnal and Eliott house on the La Brisa property.

There could be no construction staging on the La Brisa property.

The school had to comply with an April city memorandum that detailed provisions with regard to trees and vegetation.

The school was to spend 60 days working closely with the members of the Camp Biscayne Homeowners Association to attempt to reach a compromise and resolution over homeowners’ associations concerns about light pollution and noise pollution.

Those talks were still ongoing in late July, which played a role in a planning board deferral until October.

The La Brisa land was originally deeded in 1886 to Kirk Munroe, a noted conservationist and founding member of the Florida Audubon Society.