Advertisement
The Newspaper for the Future of Miami
Connect with us:
Front Page » Arts & Culture » Amid Coconut Grove Playhouse intermission, garage shrinks 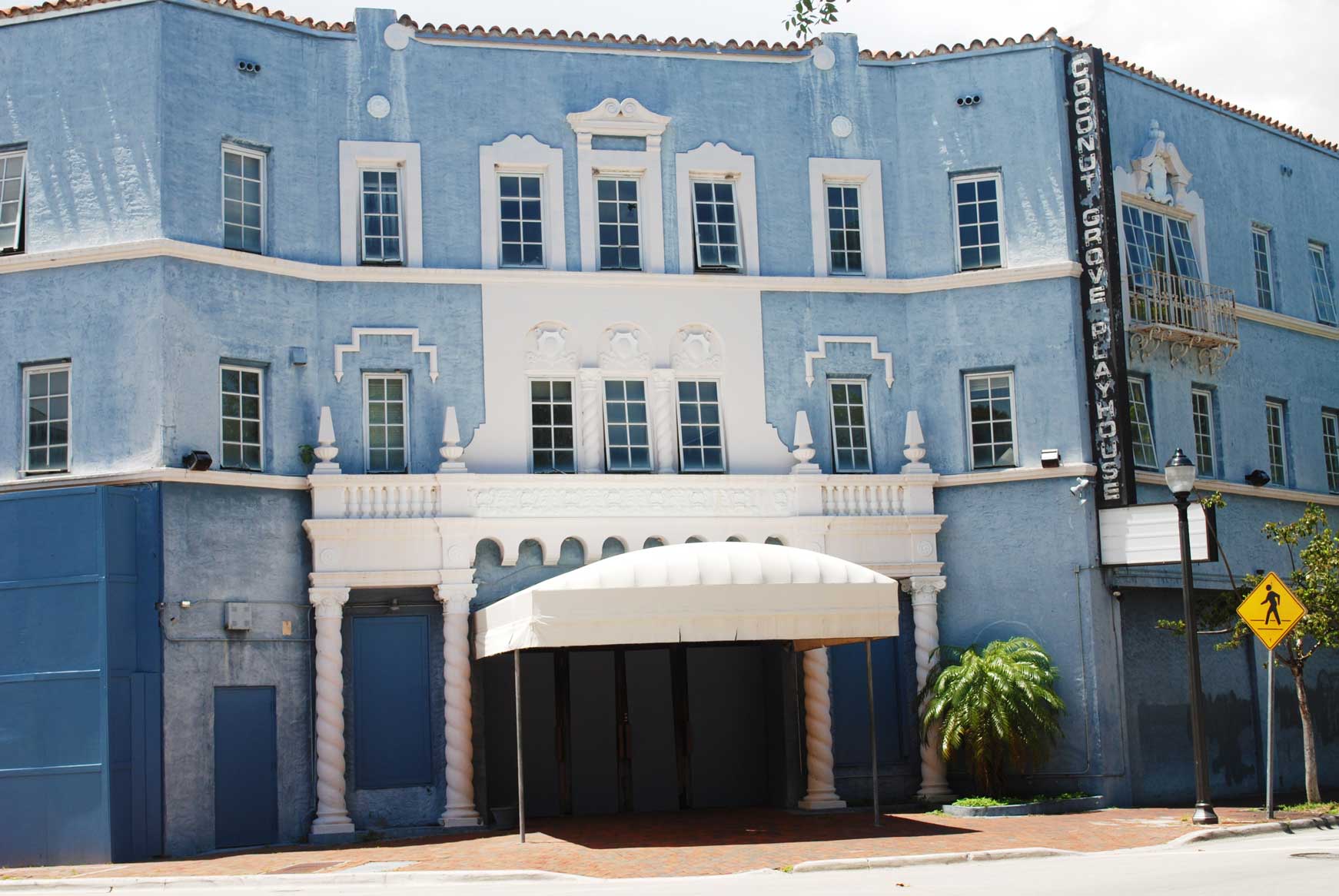 Historic preservationists may have won a partial victory with a Miami Parking Authority vow to shrink the height and scale of a garage planned in efforts to save the shuttered Coconut Grove Playhouse.

Beyond that, it appears preservationists fighting to save the entire structure – including the 1,100-seat auditorium – have found powerful allies at the city and county level.

The Miami City Commission voted 3-2 Dec. 14 to pass Ken Russell’s motion to give a third party 100 days to come up with enough cash to build two theaters at the site on Main Highway.

The state-owned theater is leased to Miami-Dade County and Florida International University; the lease calls for site restoration and a modern 300-seat theater run by GableStage.

Attorney and arts supporter Mike Eidson is pushing for two theaters there, a 700-seat venue for major productions and a small companion theater. County Commissioner Xavier Suarez backs him and planned to offer a resolution this week to give him more time to raise funds.

The city’s parking agency has partnered with the county and is to build and run a municipal garage with residential units and a restaurant next door to the playhouse. The current plan for 421 spaces on five levels reaching about 65 feet has been criticized as out of scale for the site.

At the Dec. 14 meeting, Michael Spring, county cultural affairs director, said the garage height may be “adjusted down.” He said, “We’re hearing from the community the profile may be too tall.”

Authority CEO Art Noriega backed up those comments. He said the authority is in very preliminary talks with the architects to shorten the garage a couple of floors, providing about 325 to 350 spaces.

Mr. Russell said his motion, made from the dais, was a partial acceptance of the appeal, with conditions. What exactly that means is not clear.

He said he didn’t want to send the matter back to the preservation board and wanted to move the ball forward, yet the city’s decision stalls forward movement of the county’s plan for at least three months.

Mr. Russell tried to fashion a motion to spare the entire building from the wrecking ball. “What happened inside the building matters,” he said, noting he has toured the cavernous structure and found handwritten sheet music, a sequined dress and other evidence of the theater’s rich past.

“The history is there. If it can be saved, it should be,” he said.

Mr. Spring responded that to order the county to keep the full auditorium shell “condemns us to spend a lot of money for a theater that still won’t work.”

The theater has sat deteriorating since it closed in financial distress in 2006.

The county has $20 million in approved borrowing to revive the theater. Mr. Eidson’s plan has an estimated $45 million cost.

Mr. Russell hopes to secure about $10 million to devote to the playhouse from a bond issue city voters approved in November.