Advertisement
The Newspaper for the Future of Miami
Connect with us:
Front Page » Communities » Coconut Grove’s long-awaited garage set to begin 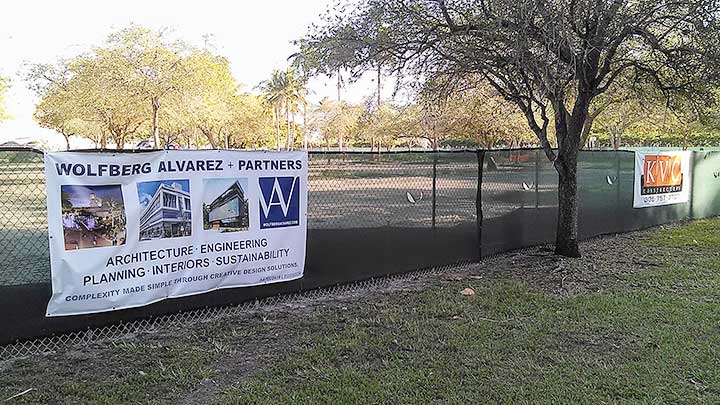 Construction on the long-awaited Grove Bay Parking Garage in Coconut Grove is expected to begin next month, and if current plans fall into place the municipal parking garage and its liner of retail shops will be completed by January 2019.
That’s the latest word from Art Noriega, chief executive officer of the Miami Parking Authority.
The city’s Off-Street Parking Board on Dec. 6 authorized Mr. Noriega to execute a construction service agreement with Munilla Construction Management (MCM) to build the facility at a cost up to $13.7 million.
That would save $826,192 from MCM’s bid of $14,526,192, determined to be the lowest responsible bid of six submitted to the parking agency.
Mr. Noriega said he’s close to a construction service agreement and he hopes further savings can bring the end figure close to $1 million less than MCM’s bid.
“We’re 98% of the way there on price,” Mr. Noriega told the board.
As for the savings from the $14.5 million bid, Mr. Noriega said, “We’re well below that … to say I’m pleased would be an understatement.”
Mr. Noriega said he is confident the construction will begin soon without further delay.
“I’m adamant to start construction the first week of January,” he said.
Board member Marlon Hill asked if there is a timeline for completing the garage.
Mr. Noriega said the project has a 12-month construction schedule.
Board member Jami Reyes said she wants monthly progress reports on the project. That requirement was included in the motion the board approved.
In a background memo, Mr. Noriega wrote: “The construction of the Parking Facilities is slated for approximately 12 months from the issuance of the notice to proceed. To achieve final completion within this timeframe, diligence and a degree of professional autonomy are key factors in delivering the completed project for its intended use.”
Factors that have delayed the project include prolonged litigation against the City of Miami and a private developer who is financially contributing to the garage as part of a public-private partnership, a rejection of all first-time bids that far exceeded expectations, and redesigns of the structure.
The project’s history is detailed in the memo from Mr. Noriega.
In October 2013, the city entered into a lease agreement for the use of city-owned property with Grove Bay Investment Group LLC, allowing the development and construction of a multi-level parking facility for about 333 parking spaces and 40,000 square feet of retail.
In February 2016, the city entered into an agreement with the parking authority to allow the agency, the city and the developer to enter into a parking facilities agreement to provide for the construction and operation of the Grove Bay Parking Garage.
Mr. Noriega wrote that the parking facilities agreement calls for the authority to be responsible for the construction and operation of the parking structure, parking facilities retail area and other surface parking spaces.
The developer has leased about 7 acres from the city as part of an agreement to redevelop the waterfront north of City Hall into The Harbour.
Clearing of the garage site has already occurred at Pan American Drive and South Bayshore Drive.
The plan calls for Grove Bay Investment Group to make about $17.9 million of privately-funded improvements, including to redevelop a marina, construct restaurants, improve the public baywalk and fund part of the garage.
As part of a revised agreement, the developer agreed to contribute $4 million toward the garage, or about half of an initial projected $8 million construction budget.
But authority officials were shocked when the garage bids were more than double the estimated budget. Four bids ranged from about $17.7 million to nearly $18.8 million.
The parking board rejected them all and the garage was redesigned.
Design changes were said to include reconfiguration of the parking levels, including the ramping system to simplify the structure; reduction in the ornamental façade; and adding an open metal skin façade to satisfy rules for a naturally-ventilated garage versus a mechanically ventilated garage with an exhaust fan system.
Mr. Noriega has said some factors leading to the high costs arose during the permitting process. He said one of the biggest unexpected costs came when the Federal Emergency Management Agency ordered flood panels built in.
A second invitation was issued Aug. 30 requesting sealed bids from pre-qualified professional construction firms.
On Nov. 1, the parking board authorized staff to negotiate an agreement with MCM, deemed “the most responsive, responsible bidder, whose bid, demonstrated to be the most advantageous to the MPA.”
The six bids ranged from a low of $14,526,192 to a high of $15,990,436.
Earlier this year, the board approved hiring RH Engineering Group Inc. for project management on the Grove Bay Garage construction for about $6,500 a month.