Advertisement
The Newspaper for the Future of Miami
Connect with us:
Front Page » Arts & Culture » 20-episode MTV Networks Latin America series first in line for incentives 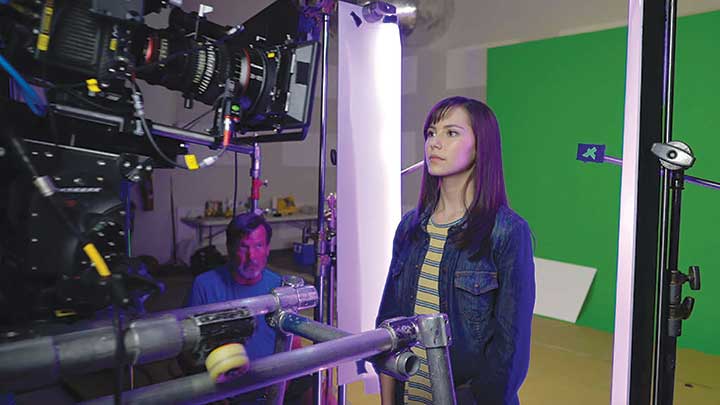 A 20-episode MTV Networks Latin America television series continuation heads the line to become the first recipient in Miami-Dade County’s new film incentive program, approved in July.
“I Am Frankie Season 2” is to come before the county commission’s Economic Development and Tourism Committee today (12/14) to seek the maximum incentive, $100,000. The county administration has recommended approval.
A second series by the same network. 75 one-hour episodes of “Club 57,” was also recommended for approval and was to have come before the same committee today but before the meeting requested a withdrawal of its application.
For the second season of “I Am Frankie,” the network, a subsidiary of Viacom,” is projecting 50 production days for the half-hour show with a total expenditure of $5.4 million. The network proposes to produce 80% of the productions in Miami and employ 96 county residents, beginning in early January, with principal photography starting March 12.
The show, said Deputy Mayor Jack Osterholt in a memo to commissioners, centers on Frankie Gaines, who looks like any other human girl “but harbors a big secret: She functions as a high-tech computer, complete with internet access, extensive memory and more.”
“There’s a lot of interest out there for 2018, especially from independent film producers. We urge them to apply” for the incentive program, county Office of Film and Enertainment chief Sandy Lighterman recently told Miami Today,
Citing the loss of millions in revenues in Miami-Dade “in the absence of state incentives,” county Commissioner Sally Heyman proposed the program in June. To be eligible, companies must spend at least $1 million, film at least 70% of the production here, and hire at least 80% of vendors and contractors locally to receive a tax rebate not to exceed $100,000 per production.
“Everyone wants this done,” Ms. Heyman told one commission meeting before the incentive was approved. “My colleagues and I kept waiting for the state to step up and entice the industry back, especially to South Florida.”
Each year between 2010 and 2016 – when Florida had a well-funded incentive program – film, television, digital media and other productions spent $160 million to $406 million in Miami-Dade, her ordinance said. In addition to local crew salaries, auxiliary spending benefitted hotels, restaurants, suppliers and other businesses.
A 2012 study by the Greater Miami Convention & Visitors Bureau found that television shows and movies filmed here reached more than 1.5 billion viewers, for an advertising value of $405 billion.
That same year, a study by the Visit Florida tourism board revealed that 23% of people interviewed reported that seeing a movie or television series filmed in the state guided their decision to travel to Florida.
But after refusing to add new funding to the incentive program for four consecutive years, the Florida Legislature allowed it to end in 2016
“This program is intended to reverse Miami-Dade County’s fortunes by increasing the number of television, film and entertainment productions shot and produced in Miami-Dade County,” Ms. Heyman’s ordinance said. “It is anticipated that this will ultimately stop many of the remaining jobs supported by the industry from leaving to other locations, and also create new job opportunities.”
The application for “I Am Frankie” says approval of the tax rebate is a determining factor in whether to film here or elsewhere. It lists Los Angeles and Atlanta as competitors for the project.
The “Club 57” series that withdrew its application had listed alternative locations in Colombia and Mexico. Its application cited an expenditure of more than $6.8 million, employing 110 Miami-Dade residents for the projected nine-month production period and producing 80% of the project here.
Both series were listed as airing on Nickelodeon, which is a Viacom network.
“I Am Frankie” would be photographed in various locations around Miami-Dade County, the application states.