Advertisement
The Newspaper for the Future of Miami
Connect with us:
Front Page » Government » Split decision on new towers in Miami’s Omni area 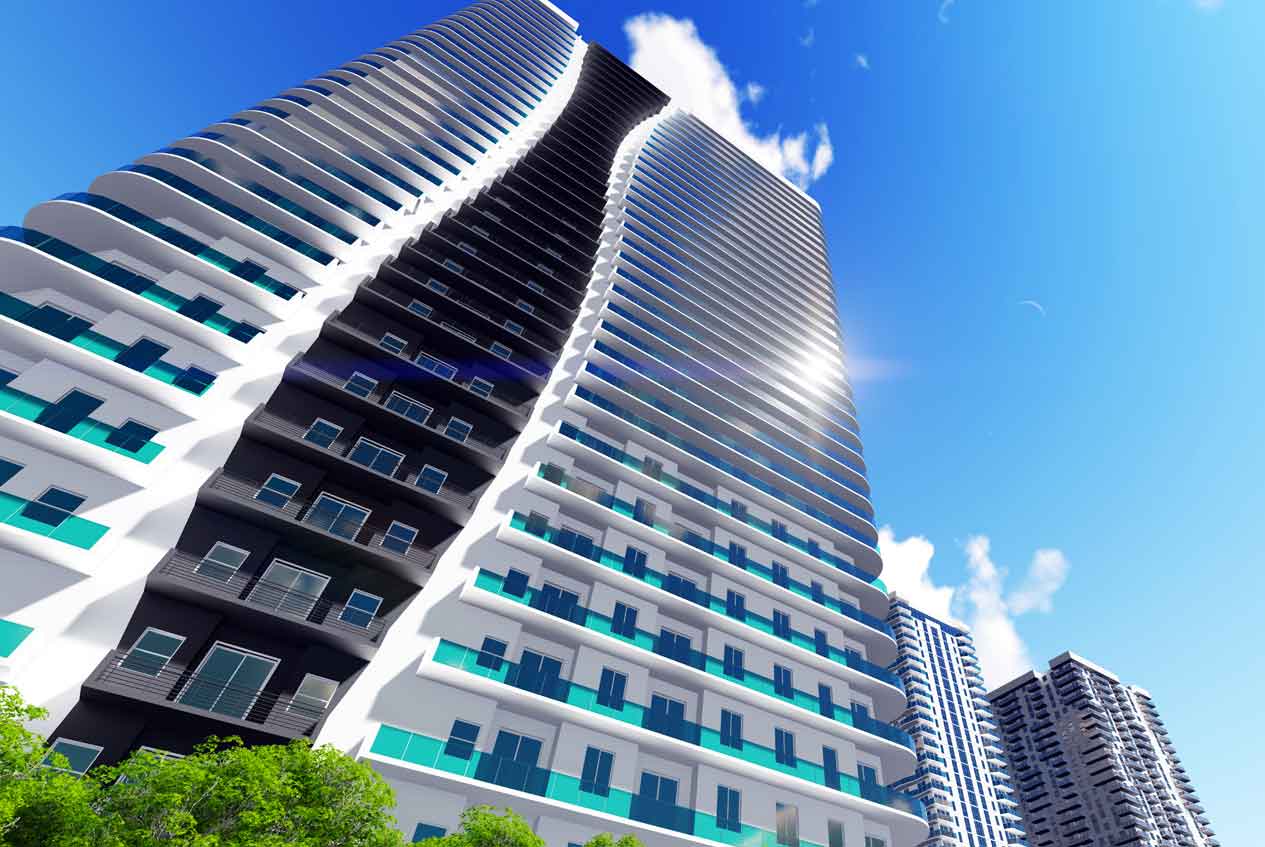 One of two mixed-use residential projects planned for Miami’s Omni neighborhood won a green light from a city review board last week as the other was deferred for more design work.
Both are from The Melo Group, a family development company championed for building more affordable housing for the growing city.
At a special meeting, the Urban Development Review Board heard presentations on Art Plaza and Miami Plaza, two of three major mixed-use residential projects planned by Melo to rise near the School Board Metromover Station.
The third, also from Melo, is Square Station, which is now under construction.
The board recommended approval of Art Plaza but raised enough concerns about Miami Plaza that the developer’s team agreed to a one-month deferral and is to update plans and return Dec. 20.
Review board members said the plans for Miami Plaza appeared unfinished and incomplete, and some were troubled by the size.
“I have a problem. It’s very massive … the building is not reading well,” said board member Fidel Perez.
“It’s a massive block of a building. You’re basically taking up the whole site,” said Mr. Perez.
Miami Plaza is planned at 1502 NE Miami Place, just north of the Metromover station. It is designed as a single 36-story tower with 437 apartments and about 7,000 square feet of retail-commercial space, rising out of a large parking pedestal for more than 500 vehicles. The project will also have 14% dedicated workforce housing.
“The Omni/Arts and Entertainment District is hot,” said attorney Iris Escarra on behalf of Melo affiliates planning and building the mixed-use projects in the neighborhood.
She mentioned other projects breathing life into the area like Canvas and Filling Station Lofts.
Ms. Escarra said the Melo Group has the advantage of owning land near public transit.
“We have existing transit – we’ve got it,” she said.
The School Board Station is the northern end of the current Metromover route and for many years was surrounded by vacant land and parking lots. This area has been underutilized for some time, she said.
These three projects from Melo are expected to activate the neighborhood in a big way, she said.
“What’s really happening is that a neighborhood is being created,” said architect Arturo Griego, who gave a presentation on both projects.
He said The Melo Group is very passionate about providing housing affordable to “the normal people of Miami, so to speak.”
Like Square Station, Miami Plaza is designed with 30-foot-wide sidewalks that lend themselves to really activating the space, said Mr. Griego.
He said they attempted to break up the mass of the structure with the placement of the balconies.
“You’ve not done enough to make the building look less massive,” said Mr. Perez. “You have the opportunity to make it better,” he said, suggesting the apartments be built in two towers at different heights.
Board member Neil Hall agreed. “You have the opportunity to distinguish your brand differently,” he said.
Mr. Hall praised another Melo project completed nearby, Melody Tower. It is a 36-story mixed-use residential building at 245 NE 14th St., across the street from the Adrienne Arsht Center for the Performing Arts.
Along with providing 497 rental apartments, Melody has about 8,500 square feet of ground floor commercial space and a landscaped plaza with public art.
Mr. Hall said Melody is a “strong project” with a wonderful outdoor space, and the public art on the corner gives it “a good feel.”
Referring back to the projects next to the Metromover station, Mr. Hall complained of the mass of three large projects right next to one another.
“We don’t need these tall buildings,” he said, suggesting they drop the scale of Miami Plaza.
Acting Chairman Anthony Tzamtzis and board members Hall and Ignacio Permuy all said the Miami Plaza plan was lacking needed details.
The developer is asking for seven waivers on Miami Plaza, including:
The substitution of two commercial loading berths for an industrial loading berth.
Up to a 30% reduction in required parking spaces, allowed by code for sites near public transit. The requested reduction is 21.4%.
A decrease to the minimum drive aisle width by 10% from 23 feet to 22.
Allow for a 10% reduction of the minimum setback above the eighth story.
Allow an up to 10% increase of the maximum floorplate above the eighth story from 15,000 square feet to 15,954.
The developer is requesting eight variances for Art Plaza that nearly mirror the waivers requested for Miami Plaza, including up to a 30% reduction of parking spaces.
Art Plaza, to rise at 58 NE 14 St., is designed as a pair of 36-story towers offering about 655 residential units and about 15,000 square feet of commercial-retail space. Parking would be in a pedestal level hugged by the two towers and designed for more than 880 vehicles.
“This is definitely a better building than the last,” Mr. Perez said of Art Plaza.
The board unanimously recommended approval of Art Plaza, with a few suggestions for the developer: a center design element in the towers be recessed further, that balconies facing each other be placed in different positions, and the location of the mechanical equipment be reevaluated.
Art Plaza will also have dedicated workforce units.
In a letter to the city about Art Plaza, Ms. Escarra wrote of the area: “The character of the surrounding areas has evolved to consist of more liberal commercial uses and higher scale multi-family residential uses … [serving] as a catalyst in the revitalization of the area and stimulated economic growth and jobs in the Omni CRA and surrounding neighborhoods.”
Construction is ongoing on Square Station, the twin 34-story towers built to a connected pedestal providing 946 parking spaces, along with about 15,000 square feet of commercial-retail space. There will be 355 apartments in each building.
Melo is to designate 96 of the 710 apartments as workforce housing.
Workforce housing is generally defined as attractive and affordable residences for middle-income service workers, such as police officers, teachers and nurses, near their jobs.
Square Station is slated for completion in the first quarter of 2018, and apartments are now available for preleasing, according to the company.