Advertisement
The Newspaper for the Future of Miami
Connect with us:
Front Page » Transportation » Brightline rail service bonds get noninvestment grade 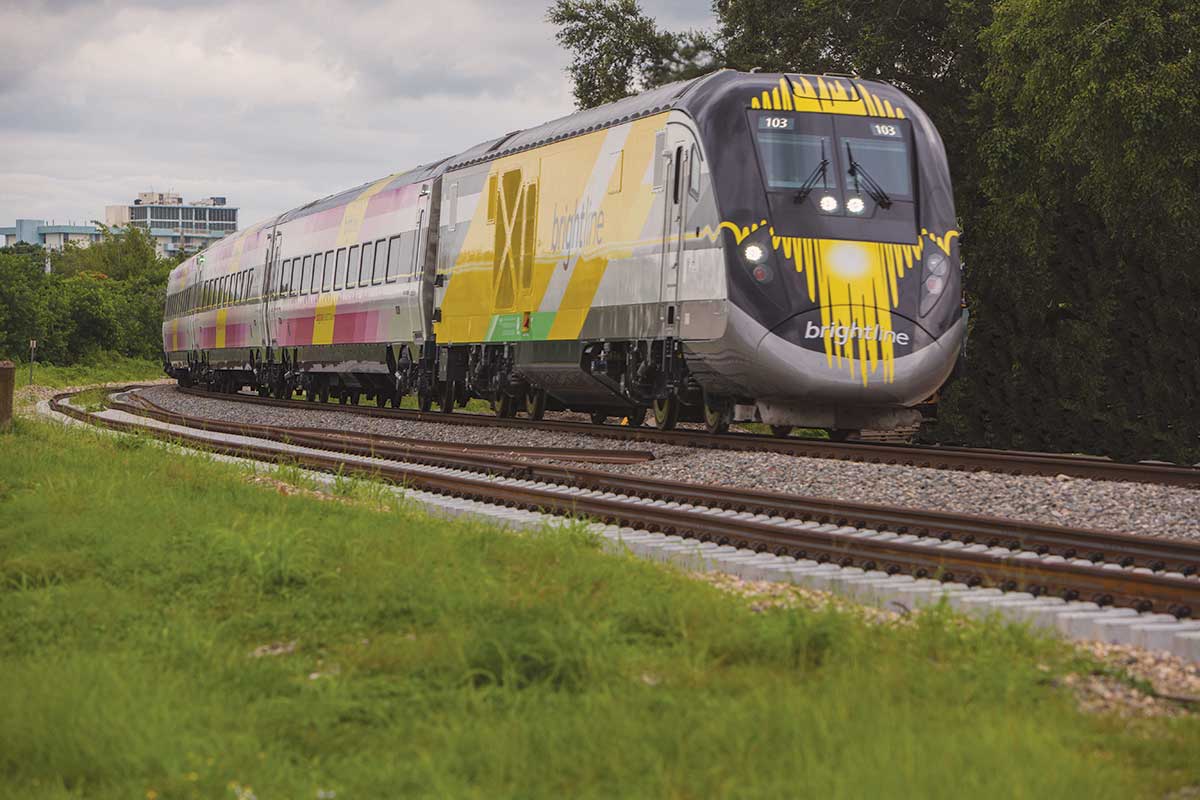 The startup luxury Brightline rail service that is now expected to link Miami with West Palm Beach by the end of March 2018 has received a non-investment grade rating on about $600 million in revenue bonds that are to be issued by the Florida Development Finance Corp. on behalf of the line’s owners.
Fitch Ratings, which was hired by owner All Aboard Florida-Operations to rate the bonds, last week initially rated the bonds BB-, contingent on the final pricing of the bonds.
Fitch said the bonds’ relatively low grade “reflects Brightline’s standing as a new-market, US luxury rail project that exhibits uncertain demand and revenue generation potential.” The service also pointed to the uncertain nature of the market’s “willingness to pay” for the luxury rail as opposed to use of passenger cars.
Brightline plans to issue more bonds to fund a later portion of the system that is to link West Palm Beach and Orlando. Fitch provides no timeline for the start of that service.
The pro forma presented by the company to Fitch shows that under the company’s assumptions Brightline can break even if stabilized ridership falls 44% lower than projected. The rail line projected a three-year ramp-up period before riders stabilize at 2.9 million per year in 2020, starting at 1.1 million in 2018 and increasing to about 2.3 million in 2019.
Fitch’s own analysis says that it will take four years, not three, to stabilize ridership, starting with 587,000 passengers in 2018, 1.1 million in 2019 and 2.3 million in 2020. Fitch then reduced Brightline’s passenger figures by 20%, starting with 907,000 in 2018.
Brightline told Fitch it has planned for a $24 million ramp-up reserve, a six-month debt service reserve fund, $30 million in the funded interest account and a $50 million working capital revolver.
Fitch based all of its studies on a fare structure for the rail line that is to change with demand, time of day and day of the week. It provided no hint of what those fares might be, and in the past Brightline has said only that fares would be heavily discounted at the outset of service. Fitch does say that Brightline projects gross fare revenue for 2020 at a total of $107.3 million.
The backbone of the rail service is the old Henry Flagler route for the Florida East Coast Railway, with major real estate developments in downtown Miami just west of the courthouse on Flagler Street, in Fort Lauderdale and in West Palm Beach. Real estate costs and revenues are not part of the Brightline borrowing scenario from Fitch.
The report to bond investors does say that at full operation, Brightline continues to plan for 16 hourly round-trips daily on the line from early morning to late evening between Miami and West Palm Beach.
Remaining work on construction on the phase between Miami and West Palm Beach is estimated at $74 million, Fitch reports, to be funded by the operators’ equity.
The bonds being issued are for 30 years and will pay only interest until 2028, when Brightline must begin paying principal as well as interest, paying about $48 million per year from 2028 through 2047.
The report shows that Brightline expects ancillary revenues to provide 24% of total revenues, The largest share of those ancillary revenues, more than three-fifths, are expected to come from food and parking at rail stations. The estimate is that the line will get $3.58 per passenger per trip from food and beverages alone, with station parking at $1 an hour for rail passengers and $3 per hour for other users, which is considered competitive with surrounding garages.
“The robust level of ancillary revenues,” the Fitch analysts wrote, “provides additional uncertainty in regards to obtainable revenue levels.”
The report does not mention the planned use of the new rail hub in Miami by Tri-Rail, which links the same three communities as the Brightline service but serves primarily commuters. The Fitch report does say that commuters are expected to be only 10% of Brightline’s passengers, with business travelers and tourists the main users.