Advertisement
The Newspaper for the Future of Miami
Connect with us:
Front Page » Arts & Culture » Art sales figures may turn around at Art Basel Miami Beach 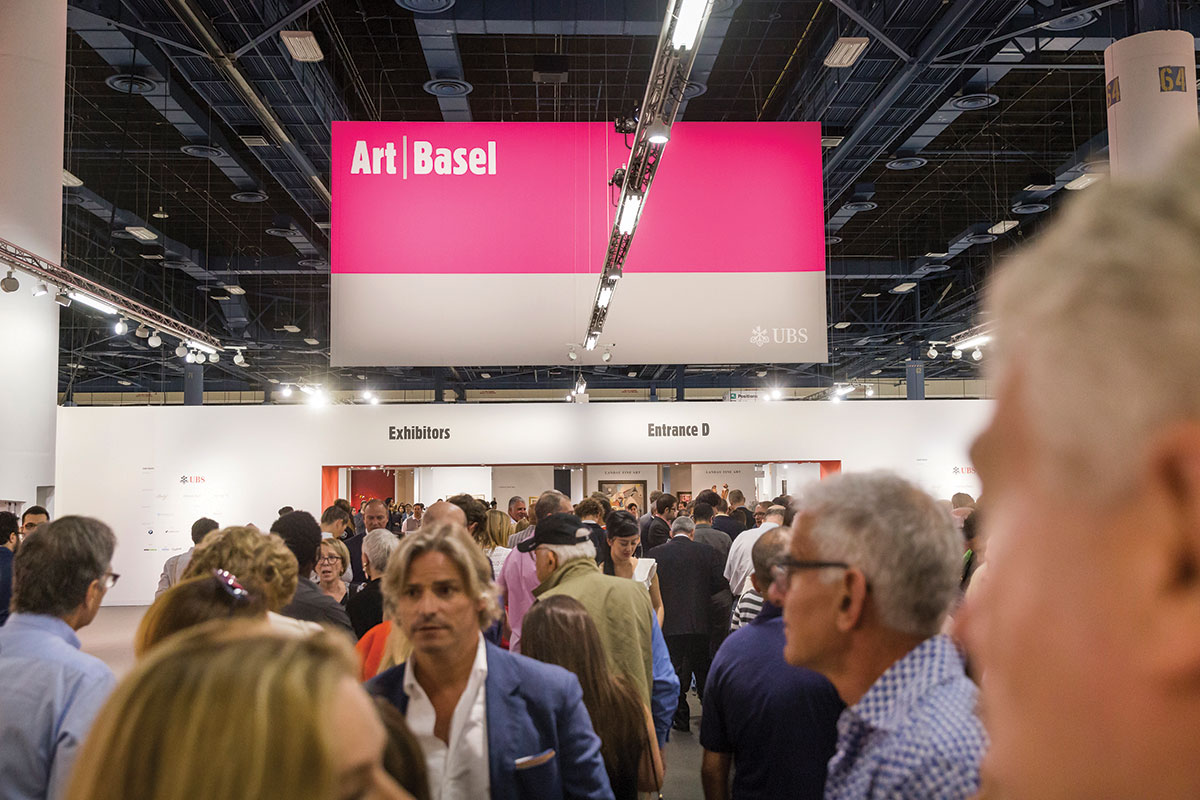 Global art sales dwindled for two years, last year totaling about $56.6 billion, down 11% from 2015. However, in June buying picked up, an artwork sold at a record price, and that was all before Art Basel Miami Beach, which experts are optimistic will help finish the year strong in sales.

Art fairs have been a driving force in the art global market, with sales hitting $13.3 billion, a 57% increase since 2010, and accounted for 41% of dealer sales in 2016, according to the 2017 Art Basel and UBS Global Art Market report.

During the second of three art fairs in Basel in June, the art world bounced back on the first day of the world’s biggest art fair. It was a VIP opening on Tuesday made up of 300 galleries featuring 4,000 artists. After 291 sales that day, gallerists said it was a very productive and active day. Many million-dollar paintings sold.

The one thing to take away from Art Basel in June is that interest in art is still very much alive, and when the fair opens at the Miami Beach Convention Center in December, similar sales may be achieved due to the location being accessible to many prominent collectors in the US and South America.

“It is one of the most popular art fairs, and what Miami offers is something special and something new at every event. The scene in South Florida is just much more interesting,” said Albert Scaglione, CEO of Park West Gallery. “There is always a tremendous influx of people from all over. It has a great impact on the importance of South Florida being an art center.”

The US led all nations in global art sales in 2016 with a dominant 40% of the market share. The United Kingdom accounted for 21% and China 20%. Together, the three had a combined 81% of estimated sales by value. Next closest was France at only 7%.

Based on the findings, Mr. Scaglione said that having the art fair in Miami offers a strategic location, giving easy access to collectors domestically and more likely to create new art collectors because of the proximity and the lure of Miami for ordinary vacationers who could be enamored by what the fair has to offer and start a collection.

“Art Basel has different flavors, many options where anyone can see,” he said. “There is expensive stuff, but one can also go just to be educated about art. It’s a very special thing.”

Prices of paintings vary from gallery to gallery, but on average, a collector would have a budget in the high six-figure range to buy. Sydney Budina, an art broker in Miami, said that most collectors know what they want and that top paintings will sell for, at a minimum, $1 million.

Paintings that sell for $15,000 or less are what he calls the “emerging artist,” though gallerists have said that new artists are sometimes not worth the risk, from an investment point-of-view.

Art Basel has galleries showing new names, and Mr. Budina says it’s up to the brokers and collectors with a keen eye to identify them, which makes Art Basel the perfect place to bring in new buyers.

This month saw a strong boost for the art market when Leonardo da Vinci’s “Salvator Mundi” was sold for $450.3 million at auction, a record for any artwork sold. The price of the 500-year-old painting far surpassed the prior high when Picasso’s “Women of Algiers” in 2015 sold for $179.4 million.

Mr. Scaglione said that da Vinci’s painting, which was commissioned by King Charles I, actually sold for just $60 in 1958 because many thought it was a reproduction. He said the painting’s history drove the high prices and he doesn’t expect any painting to go for anywhere near that price in Miami’s Art Basel.

While it may seem the fair targets millionaires, Mr. Scaglione said, it also aims to raise awareness about the “beauty of art” and could teach and inspire many. To that end, he says, the art world will benefit because of the Miami fair.

“Miami is a vibrant thriving city, a great international community, and can have art enrich their lives,” Mr. Scaglione said. “With the amount of people, it can reach here, Art Basel needed Miami more than Miami needed Art Basel.”