Advertisement
The Newspaper for the Future of Miami
Connect with us:
Front Page » Top Stories » Meetings and conventions total $842 million a year for Miami

Meetings and conventions total $842 million a year for Miami 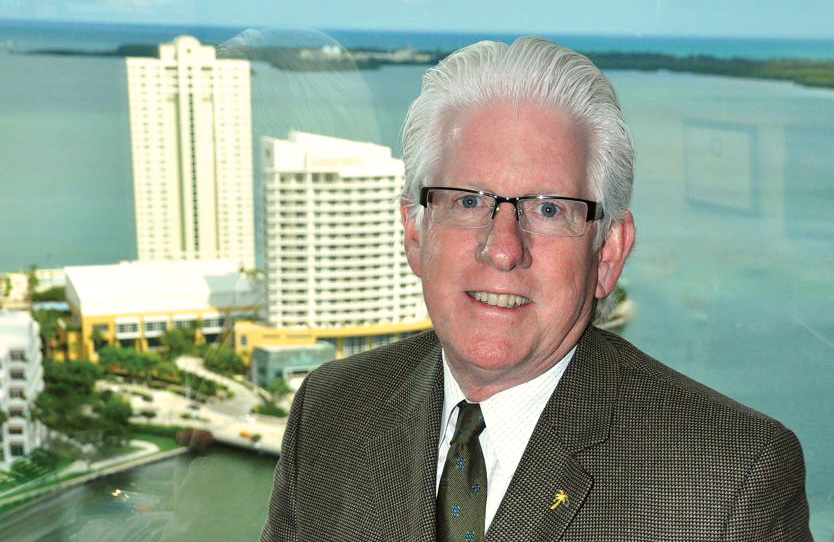 The more Miami’s business community grows, the more companies flock here to host meetings and conventions, which bolsters the local economy, according to the Greater Miami Convention & Visitors Bureau.

“In the last fiscal year, 3.3% of almost 16 million overnight visitors created over $842 million in expenditures as a result of folks meeting and spending money in Miami-Dade County due to meetings and conventions,” said William D. Talbert III, the bureau’s president and chief executive officer.

A large portion of that number, he said, is attributed to spending at hotels, stores and restaurants throughout Miami during meeting stays.

“Every month the bureau conducts approximately 400 face-to-face interviews throughout the community to find out the purpose of visits, what visitors spend on and what they don’t like,” Mr. Talbert said.

The purpose of doing these interviews, he told Miami Today, is to listen and learn more about the individuals who visit our community and whether their visit is for business or pleasure.

After the initial interview is completed, all the information is compiled in large databases where the data is viewed and analyzed.

“The formula we use to calculate the estimated costs of meetings and conventions throughout the city,” he said, “is an industry-wide standard practice that provides us with a general idea as to how these events will impact the city from a financial standpoint.”

However, Mr. Talbert said, while meetings and conventions do play a large role in regards to creating revenue for the community, hotels are another major factor that contribute to the economy.

From January to September, the number of hotel room nights sold in Greater Miami increased 3.1% from the same period in 2016, according to the bureau’s latest findings.

Room occupancy reached 76.6 %, a decline of 1% from the previous year.

The average daily room rate fell 3% and the revenue per available room dropped 3.9%.

However, despite these minor declines during January to September, Greater Miami’s hotel market ranked among the top ten in the US, according to industry observer STR’s trend report.

“Hotels,” Mr. Talbert said, “have provided companies with meeting space and accommodations for their employees, which has played a large role in contributing to the economy.”

Looking forward, though, Mr. Talbert said, “we are looking forward to the Miami Beach Convention Center reopening in 2018.”

“The combined estimated economic impact from both meetings, which will occur back to back, is $9.3 million,” Mr. Talbert said.

“Between the new convention center and meeting spaces provided by hotels,” Mr. Talbert told Miami Today, “I think that we will have great success in booking more meetings and conventions.”