Advertisement
The Newspaper for the Future of Miami
Connect with us:
Front Page » Real Estate » New residential developments meet demands in Midtown 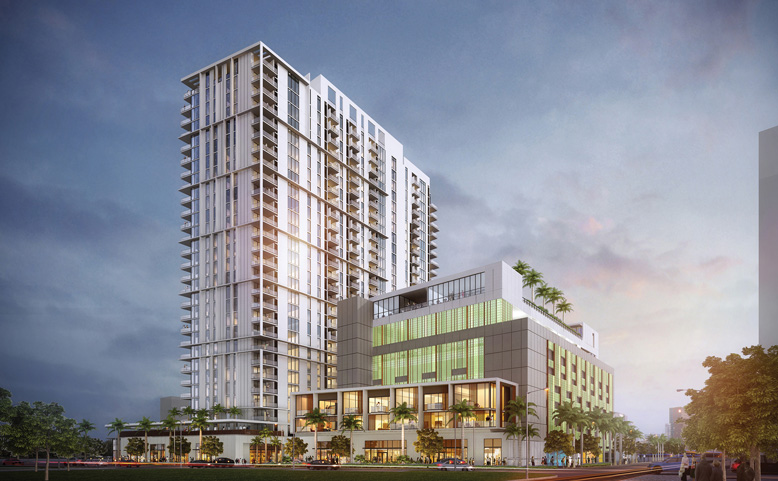 Developers in Midtown are meeting the increase in demand for residences by building new developments such as Hyde Midtown and Midtown 8, industry experts say.

With such developments underway, experts point to a higher demand for rentals in the Midtown area.

“The amount of supply in Midtown is a lot less compared to other markets,” said Carlos Rosso, the president of Related Group’s condominium development division. “There is a big demand for rentals, especially in the Midtown area, because residents get to have an urban lifestyle while being in walking distance from the hottest restaurants and shops.”

Hyde Midtown in particular, Mr. Rosso said, which is co-developed by The Related Group and Dezer Development, is expected to be completed by the beginning of the year and will offer 395 luxury condominium residences varying between 681 and 1,595 square feet, depending on the residence type.

“Rents will be high,” Mr. Rosso said, “but the amenities, proximity to premium retail shopping, fine dining and urban lifestyle make up for it.”

As for Midtown 8, Jennifer Llop-Noy, an architect at Stantec said, “We are a quarter of the way through construction and have completed seven or eight floors out of the 28.”

“We expect,” she said “to complete construction by early 2019 and will offer residents a variety of amenities, retail and more.”

Assessing the market as a whole, Jay Steinman, a partner at Duane Morris LLP, said, “The residential market in Midtown continues to grow and has witnessed an escalation in prices over the past few years.”

However, he said, due to developers building up Midtown, condo prices have begun to decrease and flatten.

“It’s a temporary situation due to the overabundance of new condos,” he said, “but I think the market will straighten out in the next 12-18 months, causing values to rise once again.”

Looking forward, he predicted Midtown will continue to a be residential hot spot due to its proximity to prime retail and dining options, making it a place to live, play and work.