Advertisement
The Newspaper for the Future of Miami
Connect with us:
Front Page » Business & Finance » Monty’s new lease in Coconut Grove on ballot 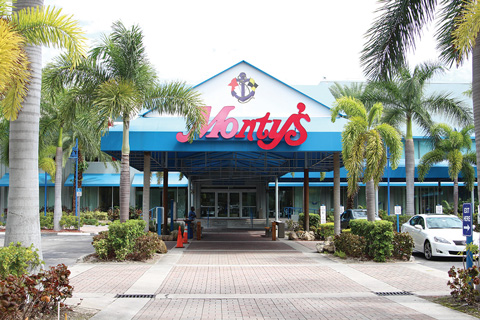 A popular waterfront venue in Coconut Grove that anchors several small businesses and a marina is looking to gain a long lease extension and make millions in improvements.

The land is owned by the City of Miami and a lease amendment or extension requires the approval of city voters at referendum.

It is one of several ballot proposals on city ballots in the Tuesday, Nov. 7, General Election.

For the city, the changes would mean additional rent revenue and improvements to the property at 2550 S Bayshore Drive, anchored by Monty’s Raw Bar & Restaurant.

On July 27, city commissioners approved ballot language to extend the Aligned Bayshore Marina LLC (Monty’s) lease, which would be accomplished through a charter amendment.

The official ballot wording is:

The city charter requires that voters approve any sale or lease of city-owned waterfront land.

The proposed new lease says the tenant must make at least $7.5 million in improvements to the property within three years of voter approval of the lease amendment. City officials have noted that some of the improvements have already been made or begun.

The site includes Monty’s, a Starbucks, small shops and offices, and a marina.

The proposed lease would also create a capital account requiring a minimum additional investment to the property of $4 million over the amended lease term including renewal options. It would add a transfer fee if the property were transferred or assigned, and would include a refinancing fee should the property be refinanced after the initial refinancing.

Monty’s has been a longtime fixture of the Grove waterfront, and district Commissioner Ken Russell has commended the leaseholder’s willingness to make improvements even before approval of an extended lease.