Advertisement
The Newspaper for the Future of Miami
Connect with us:
Front Page » Education » University of Florida researchers may find buried revenue for county

University of Florida researchers may find buried revenue for county 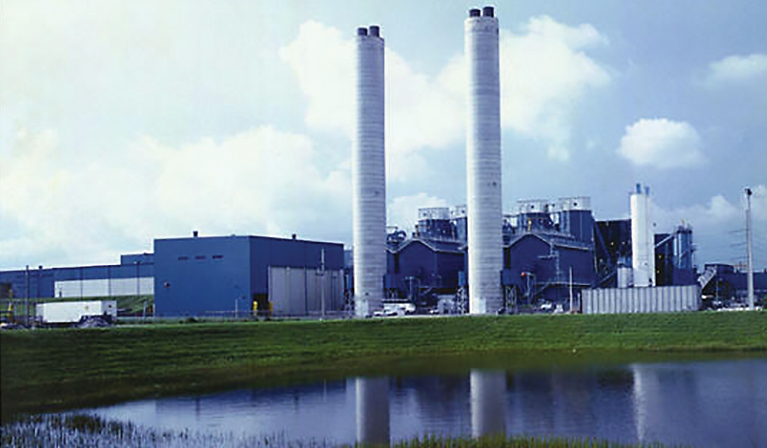 A University of Florida research team may dig up a long-buried source of new revenue for Miami-Dade government: 165,000 tons of ash created each year at the county’s Resources Recovery Facility that now is a costly disposal problem.

The university researchers now are under contract to determine if this waste byproduct can instead be a valuable, revenue-producing substitute for the coal ash that is now a vital ingredient in the production of cement.

Covanta Dade Renewable Energy, the recovery facility’s operator that creates energy by burning trash, and Titan America Pennsuco, a cement manufacturer in Medley, propose to evaluate the use of the now-useless ash as a substitute for increasingly-scarce coal ash through a one-day commercial-scale pilot test.

Titan would set aside one day in production at its local plant exclusively for using the recycling facility’s ash to make cement and would monitor the production cycle. Covanta would pay to haul the ash from its operation at 6990 NW 97th Ave. to the cement plant.

Everything would be tested by the University of Florida through its Hinkley Center for Solid and Hazardous Waste Research. The center would compare the test output with the cement commonly available in Florida. The Florida Legislature, in fact, created the Hinkley Center to coordinate university research on waste management issues when requested by government.

Miami-Dade commissioners in March 2016 approved spending $118,893 toward the ash research. But the agreement hit a snag: if tests find that for some reason the 1,000-ton test batch of cement that Titan makes with resources recovery ash can’t be used commercially, who pays the $6,500 cost of hauling those 300 tons of ash and 700 tons of other materials back to the resources facility and then pays the $66.79 per ton to dispose of the failed experiment?

This week, Miami-Dade commissioners are being asked to come to the rescue and agree that, if worst comes to worst, the county will pay the $68,130 to send the byproduct of its own ash back to the burial ground in an ashes-to-ashes revisit.

Commission approval would also extend the study period until Nov. 30, 2019.

A successful test, however, would profit the county many times the $68,130 failure cost, a memo to commissioners from Deputy Mayor Alina Hudak shows.

The biggest benefit may be an added revenue source for the county. As the coal ash that is now used in cement diminishes with the burning of coal in an environment-conscious America, the demand for such waste ash could grow markedly.

Another huge benefit for the county, she notes, would be the reduced footprint of the existing landfill. The 165,000 tons of ash that the facility produces each year must be placed in a secure ash landfill that must be maintained and monitored in accordance with state rules for at least 30 years after it’s filled to capacity and closed, Ms. Hudak points out. Just doing that costs the county $330,600 a year – a cost that would shrink if 85% of the ash went elsewhere, as is contemplated.

That county paid $5.19 million to build the ash landfill site. At current rates of use, it will be filled by 2032, requiring a new one. But if the county could sell off 85% of the ash for cement, the landfill would last 90 years longer, she says.

And, Ms. Hudak points out, selling off the ash would help the state get closer to its goal of recycling 75% of all waste.

These advantages, however, would not be trendsetting steps. Twenty years it was noted that Germany, France, Denmark and the Netherlands were using more than 60% of the ash in their waste-to-energy plants in road base, sound barriers, embankments, parking lots, bicycle paths, and concrete and asphalt, while the US was using only 7% of its ash waste.

Even that far back, Florida had certified use of ash from Tampa’s McKay Bay Refuse to Energy Facility as suitable for road construction and had approved a cement substitute made from ash from the Hillsborough County waste-to-energy plant.

In fact, Ms. Hudak noted, the same Hinkley Center team that recently did Hillsborough County studies resulting in approval of use of its ash for roadbeds is waiting for approval of the contract amendments to handle the money-saving study for Miami-Dade.