Advertisement
The Newspaper for the Future of Miami
Connect with us:
Front Page » Communities » Irma blew Homestead composting plant reopening to 2018 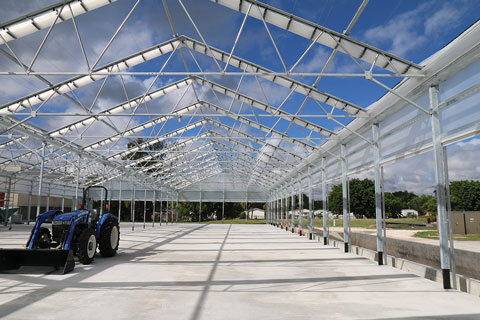 After Hurricane Irma battered it, the City of Homestead’s composting facility – which was expected to come back online by the end of August after a year-long pause in operations – has pushed back its reopening to early next year while repairs are made.

The composting facility, which turns the city’s bio-solid waste into super-strength fertilizer, was initially shut down in April 2016 after the discovery of odor issues and improper procedures.

As a result of these improvements, the plant began to test its first batches of bio-solids during August to check for the quality of the fertilizer and planned to provide the South Dade Soil & Water Conservation District, which operates the facility, with samples of the bio-solids during September.

However, after Hurricane Irma hit Florida last month, all tests and operational activities within the facility came to a halt.

The processing facility suffered enclosure damage after Irma’s winds ripped panels off the south side, said Zackery Good, a spokesperson for the City of Homestead.

As a result, he said, “the facility was evaluated and will undergo repairs, which are estimated to be completed by early 2018.”