Advertisement
The Newspaper for the Future of Miami
Connect with us:
Front Page » Communities » Giralda Avenue renovations may yield long-term benefits 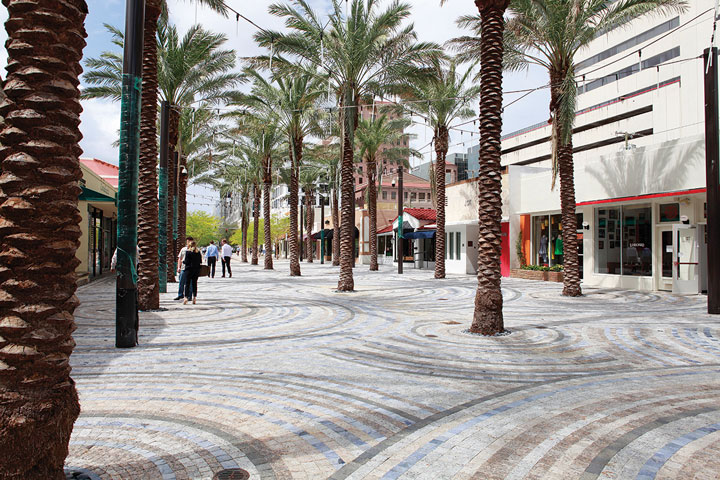 While the construction pain of the Miracle Mile and Giralda Avenue renovations is temporary, the benefits for the city’s retail tenants will be long-lasting, observers say.

The redo was long overdue, said Doug Jones, managing partner at JAG Insurance Group, which has offices in the city.

“It was a double-edged sword,” he said. “The store owners knew it was going to impede their businesses for awhile, but in the long run, it will also create more foot traffic, and they’re going to love it. It was time to rip off that Bandaid.

“As a former Coral Gables resident, I know it takes strong leadership to do something like this, and I think the city has that now,” he said.

“The goal is to create a beautiful city that lives up to its namesake,” Mr. Jones said. “If you’re not evolving, you’re dying.”

The city is also working with merchants to grow their business through a series of workshops, said Javier Betancourt, director of the Economic Development Department. The first, covering visual merchandising, was well attended, he said. The next, scheduled for Oct. 16, will disseminate tips to retailers on digital marketing and social media.

“This is a dynamic time for the Coral Gables retail market, as the public and private sector are both taking steps to create a more diverse mix of shops and restaurants in the downtown area and beyond while major developments expand the residential and professional population,” said Roza H. Radkiewicz, director of sales at Astor Companies and principal broker of Astor Real Estate Group, via email.

The Astor Companies’ Merrick Manor project at 301 Altara Ave. will include nearly 20,000 square feet of class A retail and restaurant space on the ground floor, along with 227 residential units.

“The city has brought in a dedicated staff member – business development specialist Francesca Valdes – whose primary focus is recruiting new retailers and restaurants to the city,” Ms. Radkiewicz continued. “We will see the arrival of chef-driven restaurant concepts that have a presence elsewhere in the region and an increase in boutique stores specializing in women and men’s fashion, lifestyle wear, accessories, classical art, home design and family pet care.”

And it’s not only downtown Coral Gables that is evolving, she added. “The Merrick Park area has become significantly more desirable for retailers, with the Shops at Merrick Park as a catalyst,” she said.

“The addition of the Landmark Theatre, having strong anchors like Neiman Marcus and Nordstrom and the presence of luxury retailers including Burberry, Diane von Furstenberg and Lilly Pulitzer make the shops a major draw. The suburban exclusivity and walkability of the neighborhood, along with the proximity to the University of Miami, are also big drivers.”