Advertisement
The Newspaper for the Future of Miami
Connect with us:
Front Page » Business & Finance » 43-story downtown Miami hotel would have no on-site parking

43-story downtown Miami hotel would have no on-site parking 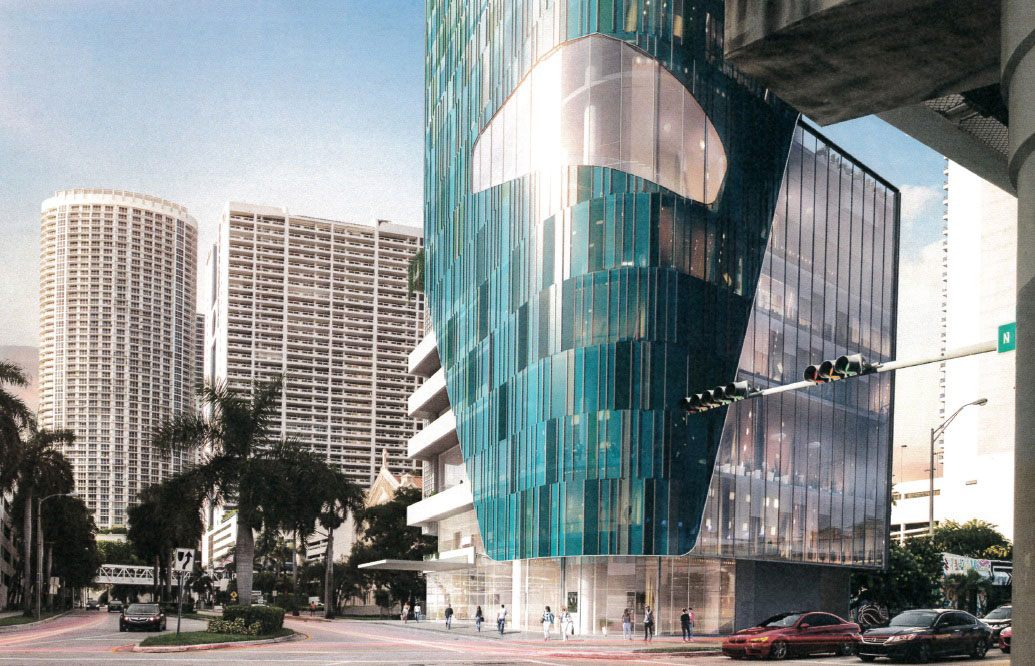 A hotel wearing a cloak of colored glass is planned a block from the bay in downtown Miami, with no on-site parking.

Mandala Holdings proposes the 43-story hotel on a corner at 511 NE 15th St., next door to Trinity Cathedral on North Bayshore Drive.

The property is about a half block from the Adrienne Arsht Center Metromover Station, and adjacent to the waterfront owned by Genting Group (former Miami Herald site) where a resort and marina are planned.

The mixed-use hotel would include 270 rooms, four top levels of offices with two devoted to Mandala use, a rooftop bar, and 715 square feet of retail.

Levels 3 to 5 are identified on plans as bistro, dining and events space. The architect is Allan Shulman.

Mario Garcia-Serra, an attorney for the developer, said the company hopes the project sparks more development in the Omni area.

The developer is requesting less required parking, all to be off-site but within 1,000 feet of the hotel.

The city’s Urban Development Review Board on Oct. 6 recommended approval, with conditions.

“The issue of parking is major,” said board member Anthony Tzamtzis. As for dedicated off-site parking nearby, he said, “I don’t think it works.”

Other board members took issue with a drop-off and pick-up area that would provide only four spaces for vehicles operated by hotel valets.

A developer’s representative pointed out that some hotel patrons can self-park at the nearby Omni garage, and he noted nearby public transit.

Review board Chairman Robert Behar said he shared concerns voiced by colleagues but commended the architect for a “dynamic” building on a small lot of 11,545 square feet.

Board conditions include the developer studying the functionality of the loading area, committing to lease 117 off-site parking spaces for at least 20 years, and considering larger shade trees near the building.