Advertisement
The Newspaper for the Future of Miami
Connect with us:
Front Page » Government » Trucks filled with fresh sand rolling to Sunny Isles Beach 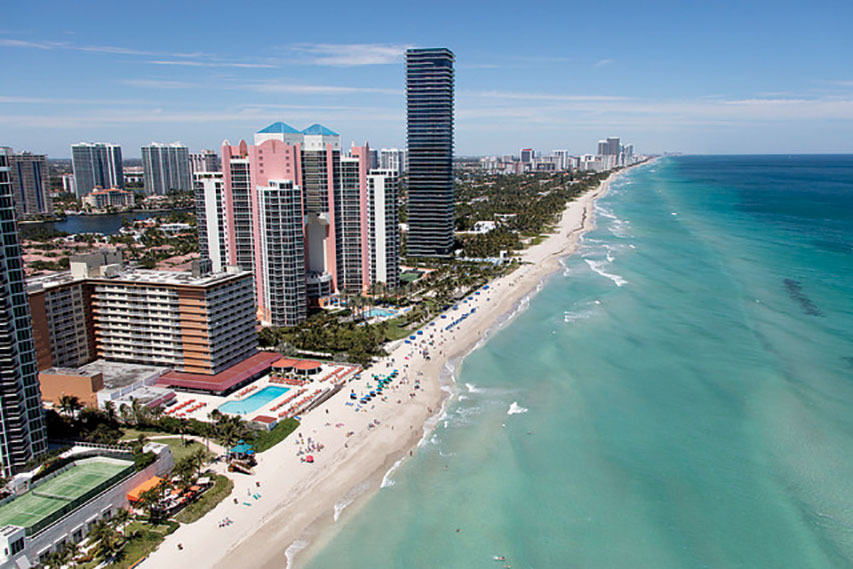 Sunny Isles Beach’s shoreline is critically eroded, a problem the US Army Corps of Engineers is trying to remedy through a beach renourishment starting this week, placing 140,000 cubic yards of beach-quality sand from an upland mine, a project that’s estimated to be completed by next March.

Under the Miami-Dade County Beach Erosion Control and Hurricane Protection project, the sand will be trucked in and placed in two locations, one at the north end of the city and the other on either side of the historic Newport Fishing Pier, two areas with eroded shorelines.

“Engineered beaches are designed to erode from natural storm and wave action over time to help protect land-side infrastructure such as roads, utilities, businesses and homes,” Erica Skolte, public affairs specialist from the US Army Corps of Engineers, Jacksonville District, told Miami Today.

Eastman Aggregate Enterprise LLC of Lake Worth secured the sand-hauling contract for around $8.6 million on Aug. 31. The cost is split, with the federal government, paying 62.7% of that, Miami-Dade County 19.3% and the state 18%.

Titled the Miami Beach Erosional Hotspots Beach Renourishment Project, also under the Miami-Dade County Beach Erosion Control and Hurricane Protection project, from August 2016 to March 2017 some 233,000 cubic yards of beach-quality sand were placed along more than 3,000 feet of critically eroded shoreline in two areas of Miami Beach. Ms. Reichold said she hopes for similar success in the Sunny Isles project.

“The feedback we received from residents, and city and county staff, was very positive,” Ms. Reichold said of Eastman Aggregate. “We look forward to partnering with them again on the Sunny Isles Beach truck haul.”

The hauling company was given the green light to start this week, using three access points and staging areas for construction equipment, crews and trucks hauling sand: Ellen Wynne Beach at the north end, Ocean One Condo at the south end, and just south of Pinnacle Condo. Work is to be done Monday to Saturday, except for public holidays.

The corps will be there to oversee the project to provide quality assurance oversight and that the contractor is following procedure and safety requirements.

“I hope that this project will provide the beach stability that is definitely needed,” Ms. Reichold said, “and it will restore the aesthetic and functionality of the Sunny Isles beaches.”