Advertisement
The Newspaper for the Future of Miami
Connect with us:
Front Page » Education » MIAMI cell for bone regeneration has new home at Nova

MIAMI cell for bone regeneration has new home at Nova 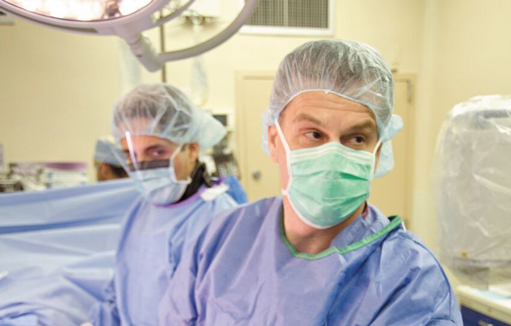 MIAMI cell, a marrow-isolated adult multi-lineage inducible cell that was made commercially available for bone regeneration and healing about three years ago, is now primarily being used for bone fusion procedures by spine, foot and ankle and oncology surgeons, according to H. Thomas Temple, MD and senior vice president of translational research and economic development at Nova Southeastern University.

The stem cell, which was the result of 15 years of research by the University of Miami, partnered with Georgia-based biomedical company Vivex Biomedical Inc. in 2014 with the intention of using the MIAMI cell for orthopedic cases.

Since then, Vivex Biomedical Inc. acquired the University of Miami Tissue Bank, where the cell was originally developed in 2014, and now owns the MIAMI Cell.

Now that Dr. Temple has transitioned from the University of Miami to Nova Southeastern University, all research, tests and procedures involving the stem cell are now conducted at Nova.

“So far the results have been pretty amazing,” Dr. Temple said. “The MIAMI cell is eclipsing other products and is now being used on a regular basis.”

What sets the MIAMI cell apart from other stem cells, Dr. Temple said, is the process used to isolate the stem cell, which results in a very pure MIAMI cell concentration.

Generally, when stem cells are isolated, the mixture comes with other cells that might cause inflammation in the patient, whereas the MIAMI cell can be isolated from one patient and administered to another, making it highly inducible and potent.

As a result, the stem cell is principally being used for spinal fusion procedures and is also being used on adult patients who have arthritis and bone loss and in children who need to undergo large bone transplant procedures.

In regard to future uses for the stem cell, Dr. Temple said, “there is a project underway that utilizes human disk material by micronizing the material into small particles, freezing it and adding the cell to the diseased disk, which is currently undergoing clinical trials in five or six major centers in the US.”

Other potential uses for the cell include regenerating human tissue such as cartilage, skin and nerves.

Until then, Dr. Temple said, “We are looking forward to growing and improving the MIAMI cell in every possible way and are very encouraged by the results.”