Advertisement
The Newspaper for the Future of Miami
Connect with us:
Front Page » Transportation » Trackless train may be a Miami-Dade alternative

Trackless train may be a Miami-Dade alternative 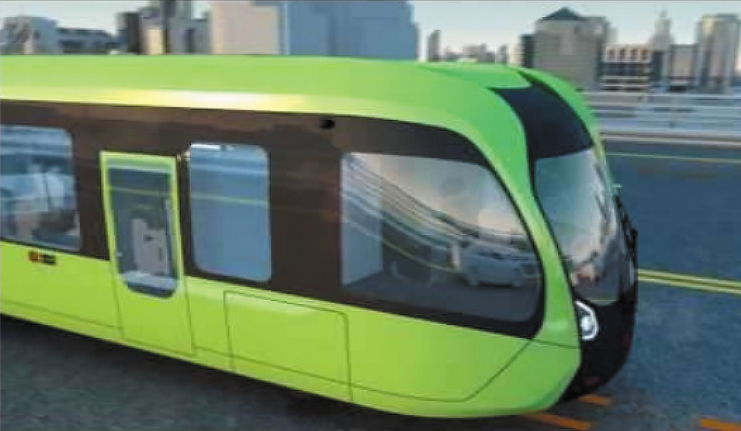 “This is not just an animation,” he said as a five-minute video (with Asian subtitles) showed the train performing various maneuvers through all sorts of terrain. “This train is actually functioning, and it gives you different parameters of autonomous vehicles that are out there throughout the world.”

Among its other attributes, the train can be arranged in almost limitless configurations of cars and shells, can have a driver or not, and has a tighter turning circle than a conventional bus or a train. It is guided by sensors that read coding within the rubber strips, Mr. Guyamier said.

“What’s the feasibility of these cars being available anytime soon in this county?” asked committee member Daniella Levine Cava, who is a county commissioner.

“It’s too early to tell,” Mr. Guy said. “We’d have to contact them.” The trains are not being manufactured in the US now, he said.

“I would say, at some point, we’re going to start some sort of a public process to invite people to bid,” said Francis Suarez, committee chair and Miami commissioner. “My thinking has always been that we find a source of money, have a variety of modalities, and let the world compete for our business. We get the best tech and the best price, marry those things together and make a decision.

“At some point we have to go out to the world and say, hey, we have one of the most unique regions and cities in the world and we want to bring the best and most efficient technology to move people.”

“The issue is going to be the money,” said committee member Bruno Barreiro, who is a county commissioner. “If we can do this without federal dollars, the entire thing changes. If you’re tagged with federal money, there are a whole bunch of hoops to jump through.”

“We’re competing against the rest of the US,” Mr. Suarez agreed.

A variety of funding schemes is being considered for all of the corridors slated for transit improvements, said Aileen Bouclé, TPO executive director. Public-private partnerships are part of the mix, along with state and federal funding, she added.

14 Responses to Trackless train may be a Miami-Dade alternative