Advertisement
The Newspaper for the Future of Miami
Connect with us:
Front Page » Communities » Miami marina vote tied to affordable housing ‘gift’ 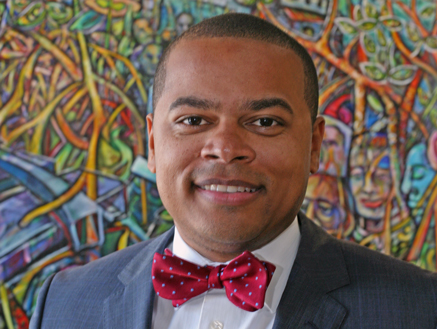 If enough Miami commissioners attend a special meeting Friday to make quorum and review a multi-million-dollar marina redevelopment, Chairman Keon Hardemon says money from the winning bidders for affordable housing would go a long way to secure his vote.

He said so to the players in a new company, Virginia Key LLC, on Monday when the mayor tried to convene a special meeting on the project.

Three of the five elected commissioners were no-shows and no meeting could be held. At the request of Mayor Tomàs Regalado, Mr. Hardemon recessed the meeting until 9 a.m. Friday.

But before everyone left City Hall, Mr. Hardemon addressed the representatives of Virginia Key LLC.

He said the commission has recently been seeking added public benefits through new and renewed leases of city-owned land, in the form of contributions for much-needed affordable housing and housing rehabilitation.

For example, this year the commission approved a lease extension for the Monty’s commercial property and marina in Coconut Grove in exchange for major renovations, additional rent, and a promise to pay $25,000 a year for 50 years into a single-family housing rehab fund.

The city charter requires that voters approve any sale or lease of city-owned waterfront, and the Monty’s lease extension is on the Nov. 7 ballot.

Everyone should have the opportunity to live in decent housing, Mr. Hardemon told the Virginia Key LLC representatives. He suggested they have a conversation with the city’s Department of Real Estate and Asset Management about financial contributions for housing needs citywide.

“We look forward to having that conversation with you. For me, personally … it could make or break a decision,” Mr. Hardemon said Monday.

For several years the city has sought a new operator for the Rickenbacker Marina and Marine Stadium Marina on Virginia Key, a barrier island owned largely by the city.

The last attempt to request proposals to redevelop the marinas, launched in 2015, was sunk by controversy ending in a contentious bid protest, and the commission rejecting all bids.

The latest request for proposals saw two prior competitors unite: Virginia Key LLC is a joint venture of the RCI group and Suntex Marinas.

At Friday’s meeting, the commission will be asked to authorize Mr. Alfonso to execute a lease with Virginia Key LLC and to put the proposal on the November ballot.

The project would include 162 wet and 750 dry slips, parking for 630 vehicles under the dry stack storage, 24,000 square feet of commercial space for small retailers, and 2,600 linear feet of landscaped baywalk.

The lease would run an initial 45 years with two 15-year renewal options and payment of $2.2 million base rent annually, plus 6% of gross revenues.

On Monday, Mr. Alfonso recommended against delaying a decision on the marinas, saying that revenue from the improved marinas is needed to help offset costs to restore Miami Marine Stadium.