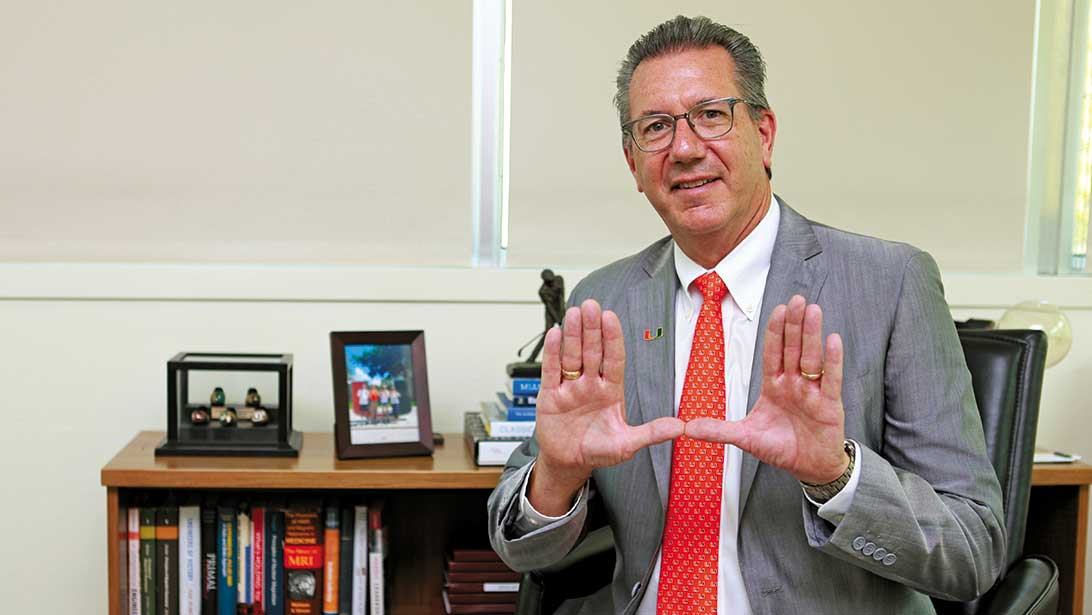 Jeffrey Duerk hasn’t been at the University of Miami very long but is already immersed in its core values.

The new executive vice president and provost said his biggest responsibility is to be of service to the deans in advancing the research and academic mission of the school and make sure they have the resources not just to create cutting-edge curriculum that will allow graduates to be successful in their jobs but for students to be leaders when they graduate.

Mr. Duerk wants the university to achieve its full potential and achieve greater recognition in terms of being a leading academic and research institution in the US and the world. He said part of UM’s roadmap is to be hemispheric, excellent, relevant and exemplary. Part of his role is to not only achieve that part of the roadmap but also allow the university to contribute in a significant way to the city, region, state, country and world.

Miami Today reporter Susan Danseyar interviewed Mr. Duerk in his office on UM’s Coral Gables campus. The interview was recorded by Jahmoukie Dayle, and can be found at http://bit.ly/2uNHy0Q.